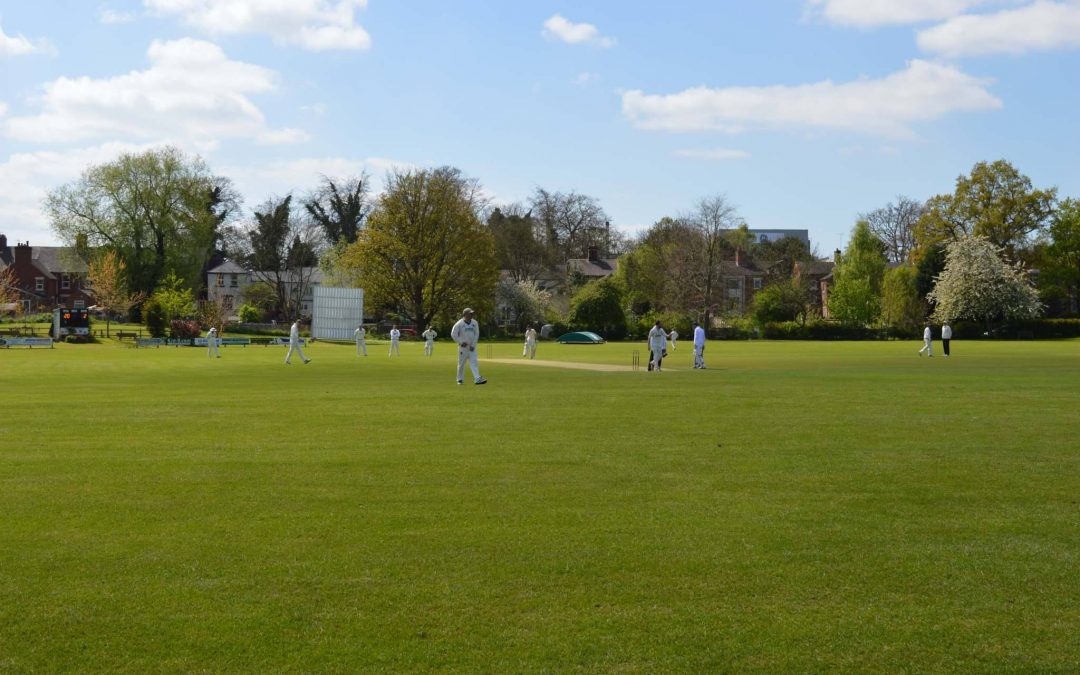 Stafford’s firsts started their 2017 campaign in Division 2 of the North Staffs and South Cheshire League with a high scoring draw on a good batting surface at Riverway.

Visitors Meir Heath were asked to bat first and a quality century by Austen Crump 111 not out, who was well supported by Dale Heath 61 not out lead them to 250-3 declared in 49 overs. Stafford responded well in the reply and were going well closing on 232-6 just 18 runs short of their target when they ran out of overs. Openers Guy Seaton 47 and Ashely Lunn 39 put on 95 for the first wicket then debutant Aqib Afzaal 55 and new skipper Rob James 47 not out took them close. Stafford travel to Porthill Park this Saturday with a lot of positives to take out of this opening performance.

In division four the seconds travelled to Hem Heath 3rds XI at Forsbrook and ended up hanging on for a draw with 9 wickets down. The home side hit 177-7 declared off 44 overs with Dean Baxter top scoring on 69. Joe Rowell picked up a useful 3-47 for Stafford. Mark Evans 33 got Stafford off to a good start but Muhammed Rahim with 8-31 ran through the line-up before Robbie Cartlidge hit a crucial 11 and final pair of skipper Sean Connolly and Matt Jefferson batted out the final overs to save the game closing on 113-9. The seconds are in home action on Bank Holiday Monday next week with a 1-30pm Start against Meir Heath at Riverway

A much weakened third XI lost heavily by 198 runs at home to Moddershall Oulton who hit 218-7. Skipper Dan Howe claimed the only bright point of the day claiming 5-38 with his swingers. Phil Hawkins top scored with 64 for the visitors who then dismissed Stafford for 20 with Matthew Wright 4-9 and David Stones 3-0 in the wickets.

In Division 8 the Academy XI lost out narrowly by 35 runs at Porthill Park 4ths in a good performance. Porthill hit 130 all out in 48 overs with Chris Bell 3-23 amongst the wickets. Trevor and Jake Stewart and Rebecca Williams all contributed well with 2 wickets a piece. In reply skipper Ali Martin hit a solid 69 before Stafford were 95 all out with Joe Bilton claiming 3-5 to finish them off.