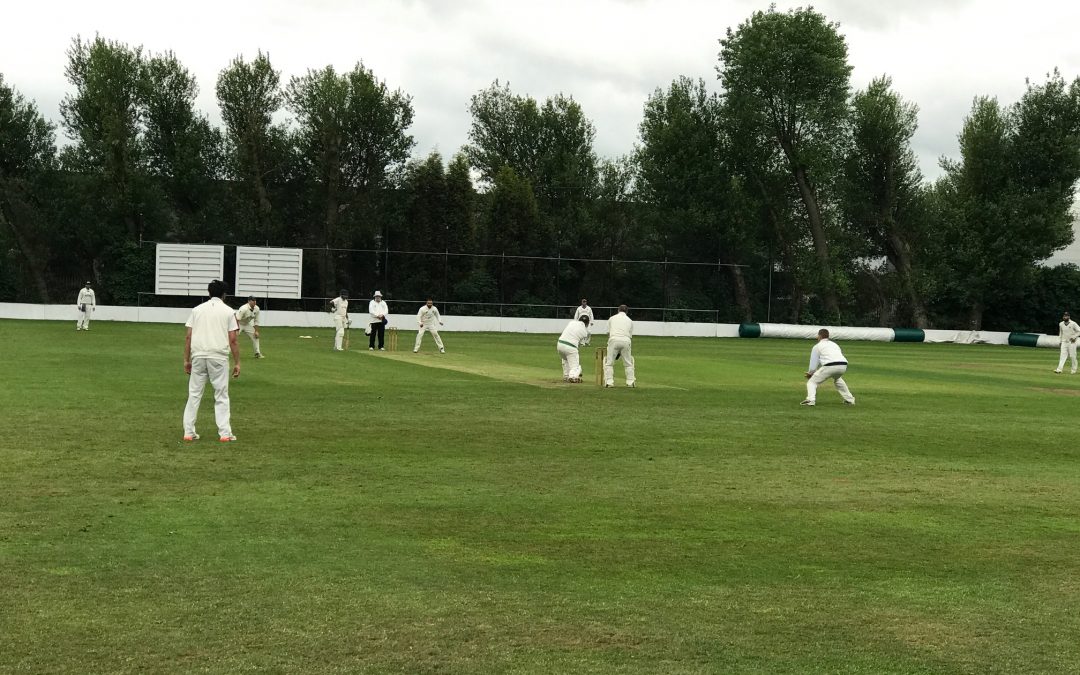 Stafford moved into a mid-table position in Division 2 of the North Staffs and South Cheshire league after a maximum 25 points victory at lowly Meakins. Batting first Stafford were troubled by Shazad Liaqat 6-59 but managed to get to 165 all out. Most batsmen contributed with double figures with skipper Rob James 27 and Mo Ahmed 28 the pick. In Reply the home side were 105 all out as Luke Morien 4-58 and Umar Zaman 4-26 in the wickets to pick up this crucial victory. Stafford will look to take the confidence from this victory into Saturdays home clash with Leycett at Riverway with a 1pm start.

In division four the seconds are struggling and lost out to leaders Checkley at Riverway by 8 wickets. Number 3 Mike Bostock hit 38 as Peter Appelboam claimed 7-29.  Stafford were in trouble before Joe Rowell hit a splendid unbeaten 64 from 81 balls which included a 52 run partnership for the last wicket with skipper Sean Connolly. This took Stafford a more respectable 135 all out. This proved to be not enough runs as Checkley got home comfortably in 24 overs closing on 137-2. Stafford travel to Knypersley this Saturday looking for improvements.

The thirds lost out at Woore in division 7 as the home side hit 271-9 in 50 overs. Abbas Mukhtar hit 123 dominating as debutant Amir Khan claimed 4-80. In the reply Stafford were shot out for 76 with Tony Milner top scoring with 30. Callum Westwick’s 5-15 did half the damage.

The young Academy XI did well in the field restricting Newcastle and Hartshill 3rds to 158 all out. Muhammed Khatri 4-33 and Chris Bell 4-36 shone with ball. Unfortunately in the reply Stafford were 61 all out as Thomas Onions claimed 6-13.