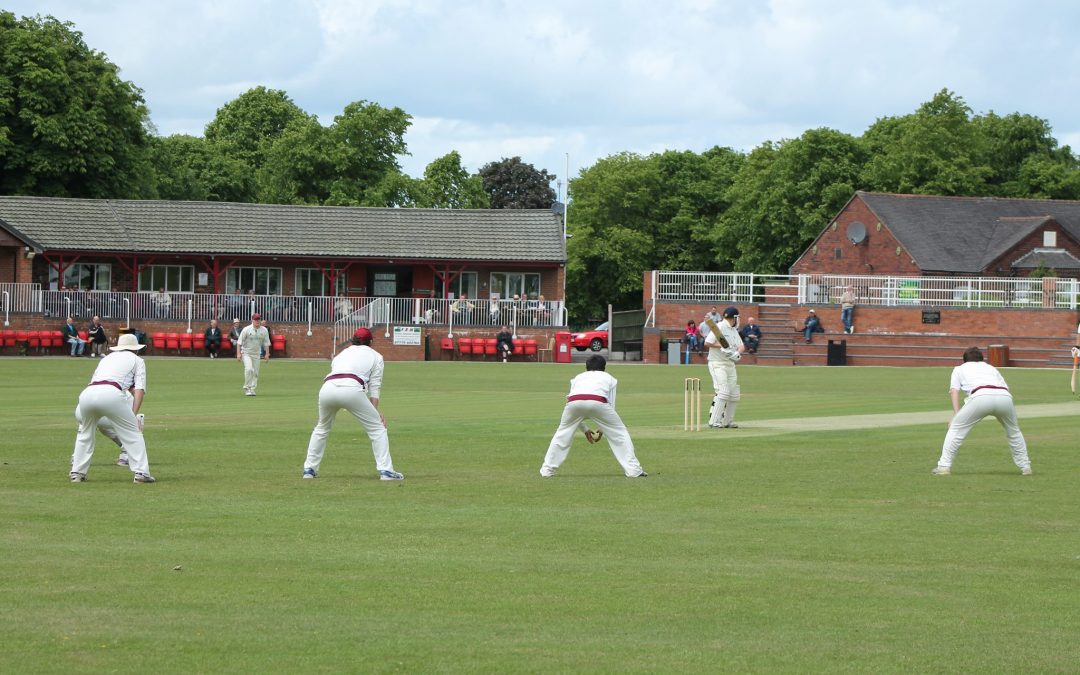 In Division four of the North Staffs and South Cheshire League Stafford 1sts remain unbeaten after a winning draw on their travels to  face Porthill Park 2nds. Batting firsts Stafford paced their innings well Aquib Afzaal held it together with a steady 50 before Richard Brazier 61, in form skipper Rob James 64 not out and Jack Scerri 31 upped the pace to take them to 255-9 in their 55 overs. Matt Johnson has picked up 5-72 for Porthill. In the reply the home side closed on 199-4 after their 55 overs with Matthew Cope 74 taking them to a draw. On the Sunday the firsts lost by 6 wickets on the Talbot Cup at Cheadle. On a difficult batting wicket Staffordshire’s James Sellers picked up 4-17 as Stafford were 98 all out. Only Mo Ahmed with 43 not out performed well for Stafford. Cheadle got home comfortably losing 4 wickets on route with Luke Morien claiming 3-31. Stafford will be looking to extend their unbeaten league form this Saturday when they entertain Bignall End with a 1pm start at Riverway.

The seconds played on bank holiday Monday at home against Meir Heath and picked up a fine maximum 25 point victory at Riverway. Batting first Stafford hit 231-5 in their 50 overs. Openers Ashley Lunn 47 and Steve Bennett 38 got them off to a good start before Graham Gillis hit an aggressive 72 not out and he was ably supported by a late flurry from Ethan Sheriff 39 not out. Chris Mobley claimed 3-76 for the visitors. Meir Heath were 116 all out in 30.5 overs in the chase Sheriff picked up 3-24 early before skipper Sean Connolly completed the job with 4-17. Muhammed Waseem hit a fine 72 for the visitors. Stafford travel to Sandon in a division 4 clash this Saturday.

Stafford’s thirds had a comfortable 8 wicket win at Oakamoor 2nds on the Saturday. The home side were 122 all out thanks to Dan Dobson 5-34 and Bob Singh 3-32 before Mark Evans with 82 not out completed the job for them. Skipper Iain Atherton chipped in with 27 as Satfford got home in 24.2 overs.

In division 8 the Academy XI played on the Sunday at Sandbach losing by 75 runs. Sandbach hit 179-6 delaring in 46 overs. Trevor Stewart and Oscar Bell claimed 2 wickets each as Stafford did well in the field.  Stafford were 104 all out in the reply Ali Martin 27 and Chris Bell 23 top scored as Jack Arton’s 7-23 proved too much for the young side.