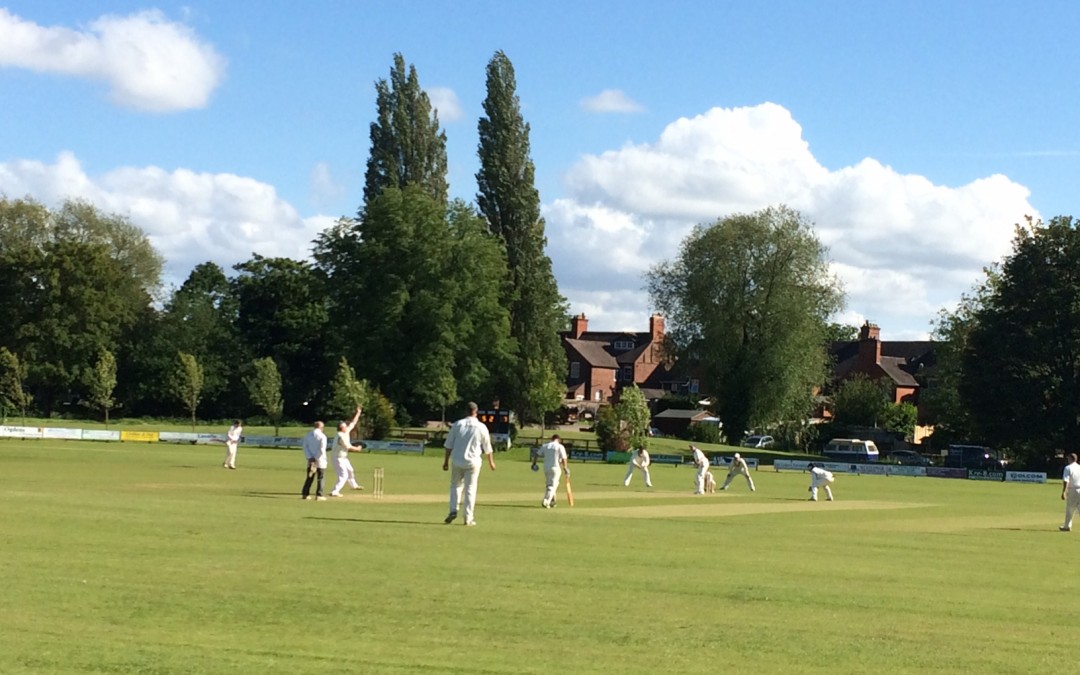 Stafford’s firsts suffered their first defeat of the season at home to Bignall End losing by 66 runs in a division 2 clash. Bignall hit 211-7 in their 55 overs with Oliver Horne top scoring with 52. There were 2 wickets a piece for Graham Beardmore, Aquib Afzaal and Umar Zaman. In reply the in form Afzaal struck 58 but the middle and lower order fell away to see Stafford 145 all out. Simon Howle’s 6-26 did most of the damage. Stafford will look to bounce back quickly form this defeat when they travel to Cheshire on Saturday to play Rode Park and Lawton.

The seconds struggled at Sandon in division 4 but managed to hang on batting out for the draw in a game the home side dominated. Andy Wood hit 46 before Steve Greatholder 88 and Dave Hassall took them to 234-7 declared in a fine partnership. Stafford skipper Sean Connolly worked hard with the ball claiming 4-76. In the reply Stafford’s batting stuttered as Greatholder claimed 4-39 before the experienced Connolly and Gary Fulton 20 not out batted out the final overs as they clung on at 94-9 having to face 57 overs. Stafford are at home this Saturday with a 1-30 pm start at Riverway against Audley.

Stafford 2nds also faced Sandon in the Talbot shield on Sunday with Sandon progressing through comfortably to the next round.

In division 7 the thirds lost at Betley after hitting 126. Dan Dobson top scored with a fluent 41 not out and Iain Atherton 32 and Ashish Bhan 23 also chipped in. Patrick Wilkes with 77 not out then took to the Stafford bowling in the reply to see his side to a comfortable 10 wicket win.

The young academy side lost by 8 wickets at Onneley and Maer after being bowled out for 64. Jake Stewart hit a promising 21 top scoring as Asim Farid claimed 3-10. Stafford claimed a couple of wickets before the home side closed on 67-2.