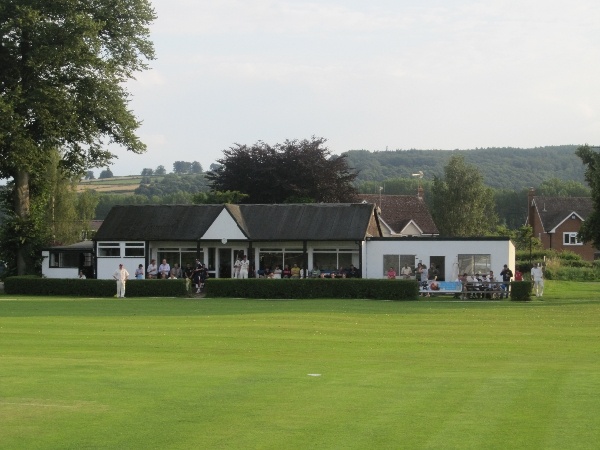 Stafford travelled to Cheshire in a North Staffs and South Cheshire Division 2 clash to face Weston and the game ended in a draw after it was rain affected. Batting first Stafford were 145 all out in tricky batting conditions. In form openers Guy Seaton 30 and Ashley Lunn 46 were the pick of the batting as Zia Ur Rehmen claimed 5-38 for Weston. After a rain delay the home side were left with only 21 overs to face and the game ended interestingly poised as they were 80-7. Graham Beardmore 3-26 and Aqib Afzaal 3-17 had the home side in a spot of bother. Stafford will take the positives form this performance into next Saturday’s visit to Kidsgrove.

Rain also meant the Division four game at Riverway also ended in a draw after visitors Moddershall & Oulton were 166 all out batting first. Haroon Shah top scored with 62 as seamers Ethan Sheriff 5-41 and Matt Jefferson 3-28 were in the wickets. In the reply Stafford lost early wickets to Buddhika Tennakoon 3-28. Then there was a rain delay which meant Stafford had no alternative than to just bat out for the draw closing on 90-7 in 38 overs as wicketkeeper Gary Fulton top scored with 28 not out. Stafford are home again this Saturday with a 1-30pm start as they entertain Wedgwood 1st XI at Riverway.

The thirds game at Hanford in division 7 was abandoned early and only one innings complete. The home side hit 203-5  declared with Shahid Mahmood 104 not out dominating. Amir Khan and Kieran Duggal  claimed 2 wickets each for Stafford before heavy rain ended proceedings early.

The Academy XI in Division 8 lost against a strong Leigh 1st XI after they hit 175-2 declared. Greg Faulkner top scored with 87 not out. Stafford were then 52 all out in reply. Neil Dainty top scored with a stubborn 16 as Faulkner completed a fine day with 5-6 with the ball.