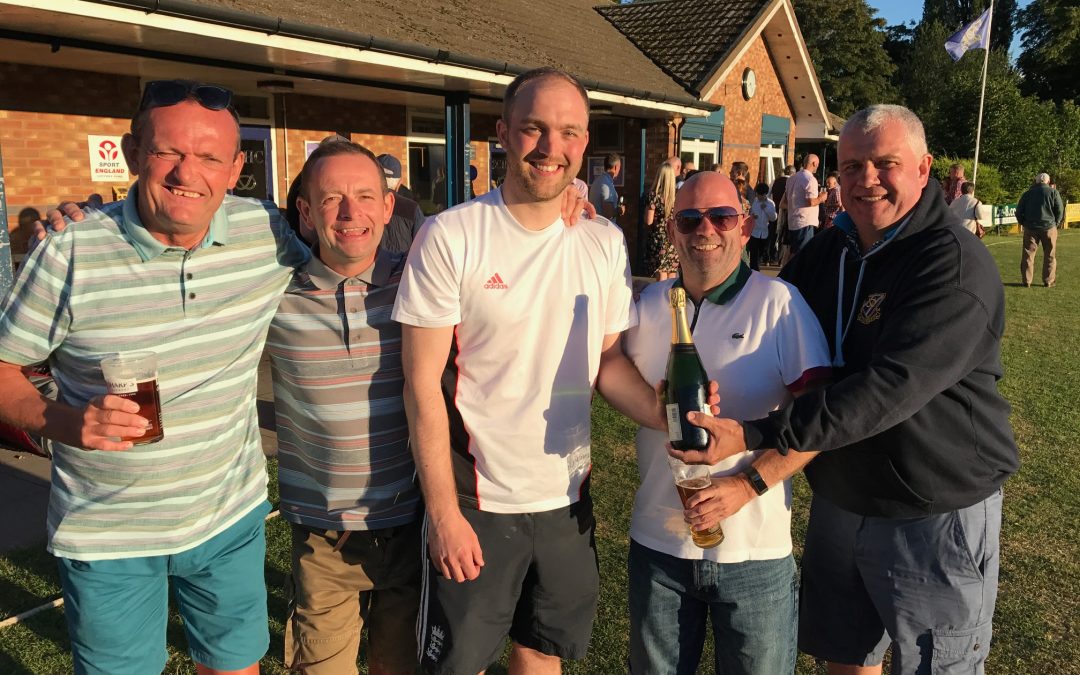 Stafford lost out narrowly by 2 wickets at Riverway when entertaining unbeaten Division 2 leaders Alsager in a thrilling finish. Batting first Stafford hit 205-8 from their 55 overs with Mo Ahmed holding the innings together with a composed 85. Guy Seaton 28 and Luke Morien 25 not out made useful contributions. Yassir Taraq claimed 3-35 for the visitors. In reply Alsager looked under control in their chase at 154-1 with skipper Oliver Sadler hitting 87 and  Ashan Tariq 60.  There then was a dramatic collapse  as those 2 were dismissed and Seaton claimed 4-43. Suddenly Alsager were 8 down and needed six off the last over. They scrambled home dramatically off the very last ball when they ran a single in an over which had a couple of very sharp caught and bowled chances. Skipper Rob James despite this defeat will be encouraged by his side performance against the leaders as they travel to Woore.

The seconds had a tough task when travelling to Sandbach firsts  in division 4 and suffered a heavy defeat as overseas player Ather Abid hit 76 out of 241-6 declared in 43 overs. Danny Dobson was the pick of the attack with 3-50. Terry Jones 29 top scored as Stafford were shot out for 68 in the reply. Ross Kesteven claimed 5-28 with his off spin.

Stafford’s thirds lost out by 5 wickets at home to Stone SP. Stafford were 120 all out Paul Freeman hit 60 and Andy Fuller 29 as Ashley Jones 6-33 did the damage. Matt Hubbart with 68 not out steered his side to victory as Kieran Duggal took 3-32.

The Academy XI had a good performance at Checkley 3rds claiming an impressive draw. Checkley hit 244-3 thanks to James Bennett 85 not out. Stafford batted out 56 overs in the reply skipper Ali Martin 63 not out and Chris Bell 20 not out steering them to safety.