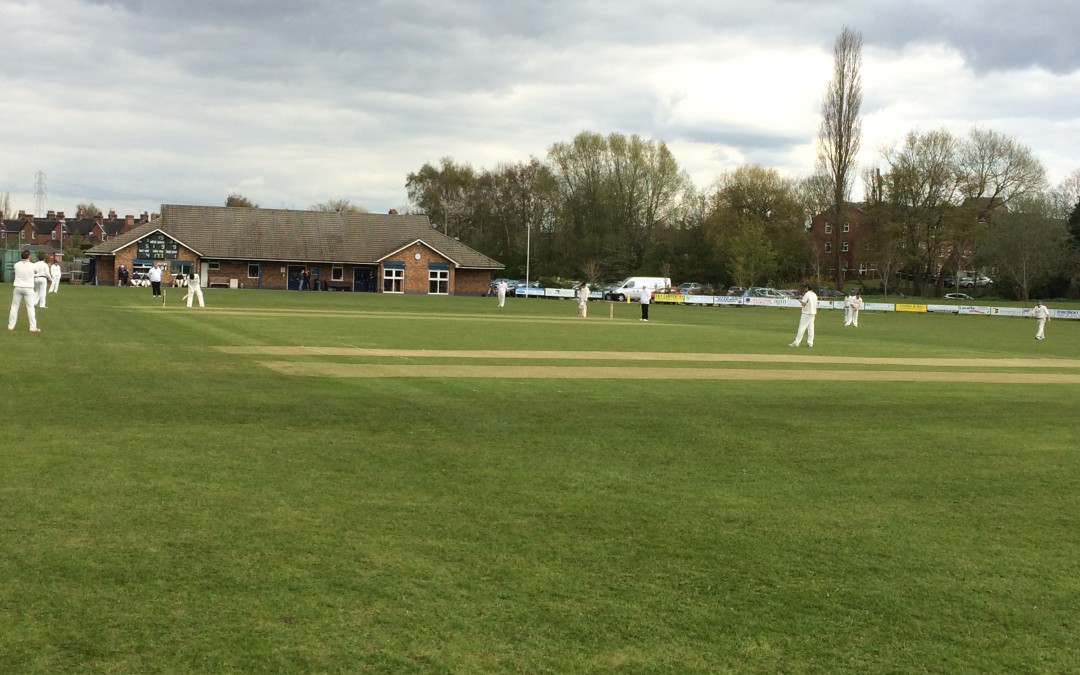 Stafford remain in a mid-table position in Division 2 of the North Staffs and South Cheshire league after a winning draw at home to Porthill Park.  Stafford lost the toss and were asked to bat first and hit 207 all out in 54.2 overs. The middle order dominated with Richard Brazier hitting 60, skipper Rob James 33 and in form Luke Morien 44. Tom Mason claimed 4-50 for the visitors.  In reply off spinner Umar Zaman 5-32 dominated with the ball but Porthill’s lower order batted out for the draw in their full 55 overs closing on 178-8. Stafford travel to Bignall End next Saturday.

The seconds were actually at Bignall End this week in a Division four clash and pulled off a 1 wicket win in dramatic finish. Bowling first Ethan Sheriff’s 4-51 reduced the home side to 9-4 in his fine opening spell. Kieran Peake 60 and Josh Rhodes 59 then steered Bignall to 169 all out as Dave Cartlidge 3-26 picked up some late wickets. Opener Mark Evans got Stafford off to a flyer with 71 in 72 balls in the reply but they continually lost wickets and it was left to number nine Jack Scerri to be the hero as he hit 46 not out in only 41 balls to see his side over the line. He almost ran out of partners but number 11 Paul Freeman crucially stayed with him as Stafford got home with 7 overs to spare 9 wickets down. This third win on the trot has put the seconds back in the pack as they remain second off bottom but only 1 point from safety.  Stafford entertain Sandon this week with a 1-30pm start at Riverway.

In division seven at home to Oakamoor the thirds also had a close game losing by 25 runs.  Oakamoor hit 218-7 in 50 overs  with Ash Porter dominating with 95. Dan Dobson 4-76 was the pick of the Stafford attack.  In the chase Sean Mason hit 87 and Andy Kirkbride 47 but once they were dismissed they fell to 193 all out in 46 overs. James Sells 4-45 picked up the vital wickets.

The improving Academy XI almost picked up a shock win at Sandbach thirds losing agonisingly by only 11 runs in Division 8. The home side hit 182-7 in their 50 overs with Chris Bell 4-50 in the wickets for Stafford. Martin Metcalfe 85 not out top scored for Sandbach. In the reply Bell and skipper Ali Martin both hit 29 and Bilal Khatri a maiden club 50 as they fell just short on 171 all out in 45.4 overs. Andrew Collett claimed 5-31 for the home side.