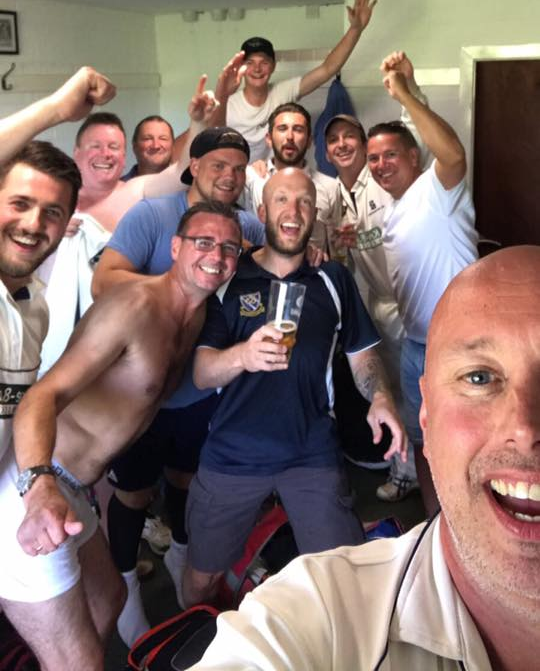 In Division 2 Stafford are making a habit of close games and lost out once again in the very last over by 16 runs as they travelled to Woore.  The home side batted first and hit 173 all out in their 55 overs. Professional Eranga Rathnayake hit 86 as Umar Zaman was the pick of Stafford’s attack with 6-56. In reply Zaman who had a good game hit 41 and then Luke Morien hit 31 not out but he ran out of partners in the very last over as Stafford were 157 all out. Tas Hasain with 3-42 shone for Woore. Stafford face a crucial game on Saturday as they travel to lowly Meir Heath.

The seconds had 2 fixtures over the weekend in Division four and ended up with a loss and a win. On Saturday they lost by six wickets at home to Stone SP. Stafford struggled to 155-9 in their 50 overs with opener Iain Atherton top scoring with a composed 43. William Alsbury was the pick of the SP attack with 4-56.  The visitors got home losing only 4 wickets thanks to a fine 43 form Jake Powell and then Declan Wardell completed the job with 35 not out.

On Sunday the seconds travelled to Onneley & Maer and had a fine 5 wicket win. Maer were dismissed for 165 as Graham Beardmore 3-45 and skipper Sean Connolly 3-42 were in the wickets. Dan Hall hit 43 for the home side. In the reply Jamie Wood hit a fine 42 before the sixth wicket pair of Tony Milner 38 not out and Joe Rowell 33 not out saw them home in a fine partnership of 78. Stafford closed on 168-5 from 40.2 overs. This win keeps bottom side Stafford in touching distance of the rest as they entertain Hem Heath on Saturday at Riverway 1-30pm start.

The thirds had no game while is Division 8 the Academy XI lost out at home to Church Eaton 2nds who hit 235 all out batting first. The opening pair of Trevor Stewart  4-62 and Oscar Bell 3-32 did well with the ball. Paul Brown top scored with 98 while keeper Brain Cantrill hit a crucial late 44. In the reply Stafford batted out for the draw and put up a good fight lasting 61 overs before being 82 all out late on. Dom Chambers 3-17 was the pick of the Church Eaton attack.