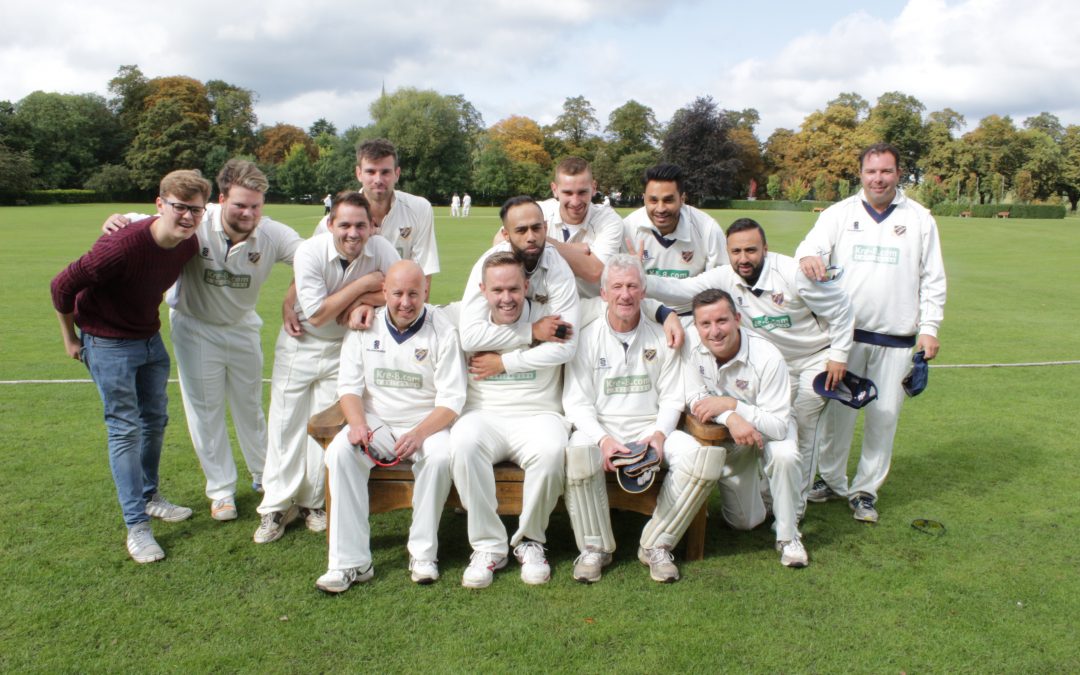 I: Ok let’s get on with it… What do you feel was the team’s best performance this season?

RJ: The win at Barlaston in the last over was probably my favourite. We’d stuck in down the order and the tail added vital runs.  Then we then persevered and finally dismissed young James Taylor off the last over for 25 points.

I: Who is your player of the season?

RJ: Quite a few of the lads have had good seasons actually.  Guy, Ash, Aqib, Luke, Graham… but you’ll have to wait for the presentation night for that! [Friday 6th October]

I: What has surprised you most this season?

RJ: But seriously, I think the way we’ve batted so deep this year.  We’ve been known at Stafford for a collapse over the years and we’ve really been a lot more solid than I thought which is great.

I: Who do you think was the toughest opposition?

RJ: This might surprise a few but I’d probably say Bignall End.  Very good pro and some other good players around him.

I: Who was the toughest opposition player you faced this season in the middle?

RJ: Arsalan Arshad Mir at Bignall End.  The way he batted through with the tail was pure class under pressure.

I: What game sticks out to you the most for any reason when you look back, good or bad?

RJ: Good question! (laughs) We had a few good games to choose from but I’d say our win at Meir Heath was memorable for a few reasons.

RJ:Well, firstly, given the league tables at the time we needed to pull off a win otherwise they could have leapfrogged us and we’d have been in a relegation scrap before we knew it. To perform like we did was crucial.

Secondly, we’d had a drop out on the morning and our leading run-scorer was AWOL with no one being able to make contact – they were so concerned about Aqib that I think the police were called. We struggled to get people in and played over 90 minutes with 10 men in the field!

I: Sounds tough – how did the game go?

RJ: It was a tough morning! (laughs) Even with 10 men, Luke and Graham ran through them with Luke getting 7 wickets and everything just stuck in the slips.  Fortunately, Aqib then made amends for his punctuality and blasted a quick 43 which saw us home.

I: And what was the explanation for his lateness?

RJ: Turns out he’d got carried away in a Nottingham casino the night before!

I: If you could change one thing this season what would it be?

RJ: The no ball at home to Barlaston! Luke had bowled brilliantly and deserved to win us the game.  That no ball bowled then to lose the next ball was a real gutter!

I: What is your most memorable moment from the dressing room this season?

RJ: It has to be Bruce Springsteen at Rode Park.  We’d chased down 288 and they were moaning about the light.  We got in the changing room and had a good sing along to “Dancing in the Dark” (“Batting at Rode Park”) by The Boss.

I: Finally, what are you looking forward to most next season?

RJ: It would be nice if we could get a bit of a cup run together but I’m really just looking forward to improving on this year’s efforts in the league. Working with the lads has been great this year and I’m sure we can have a good season next year.