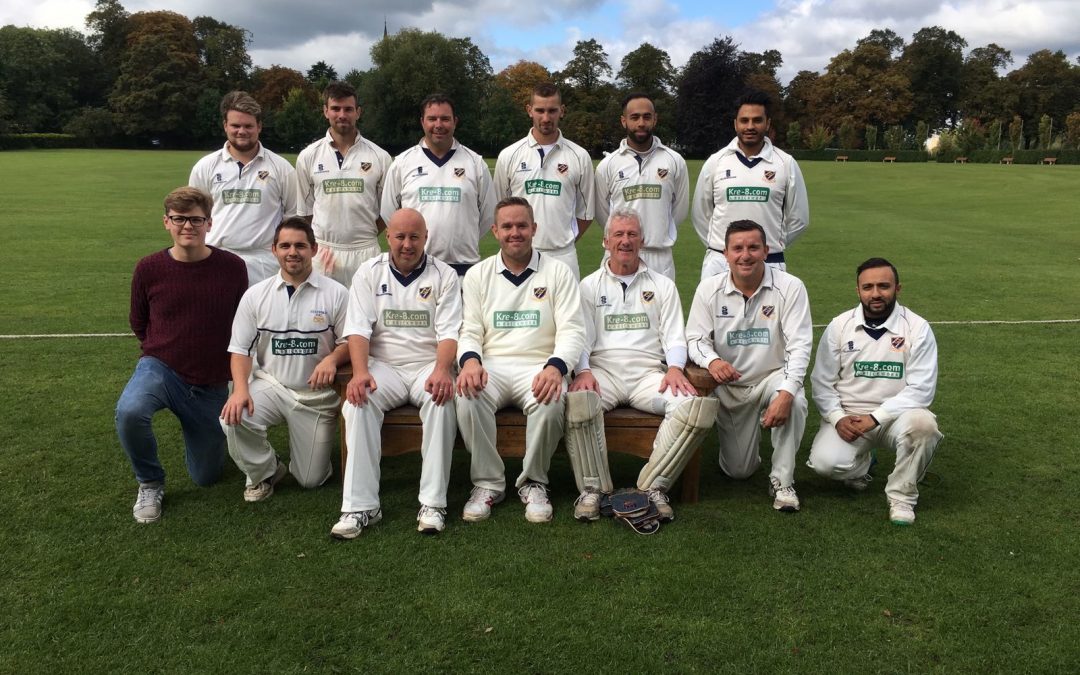 Stafford CC 1sts finished the season in mid table after losing out to promotion hunting Woore CC on Saturday.

Woore declared at 194-5 after Sri Lankan professional Erranga Rathnayake (68) impressed for the away side with support from Craig Ruscoe (38).

Stafford’s reply saw them in real trouble losing both openers without a run scored at 0-2. Skipper Rob James (38) and Australian Luke Morien (37) fought back for Stafford who couldn’t quite recover eventually falling for 111.

The result leaves Stafford with a seventh place finish in Division 2. “We’re disappointed with the result but we’ve shown some real character over the season – lots of positives,” said James. “The lads have been great and all credit goes to everyone involved. We’ve had many close games that if they’d have gone our way we might have been right up there.”

The seconds have had a tough season in a strong division four but Sunday saw a vital maximum 25 point win at Stone SP giving them a chance of avoiding the drop going into next Saturday’s final game. The game was interrupted several times with rain and batting first Graham Gillis hit 40 opening the batting. Andy Kirkbride hit a late cameo of 20 not out which included 3 successive sixes. Stafford then declared on 121-4 off 30 overs leaving Stone 36 to bat. A fine opening spell by Ethan Sheriff 3-27 and Paul Freeman 3-20 saw Stone in all sorts of trouble in their reply. They never recovered from 25-5 as skipper Sean Connolly and Dave Cartlidge with 2 wickets a piece completed the job in 25.1 overs with SP 66 all out. Matt Hubbart top scored with 33. Stafford now face already relegated Onneley and Maer next Saturday at home with a 12-30pm start at Riverway in the final game. Third from bottom Stone SP are 14 points ahead going into these final games so Stafford need a win to put the pressure on them.

The thirds were celebrating as they secured safety in Division 7 with a 122 run win at home to Sandbach 2nds. The top four all scored well as Stafford hit 225-3 declared in 45 overs. Openers Andrew Fuller 44 and Steve Bennett 59 started well and then Mark Evans 52 and Andy Kirkbride 48 not out upped the tempo. Sandbach were then comfortably shot out for 103 as Dan Dobson claimed 4-33. Skipper Dan Howe will be happy that his side have now finished out of the drop zone and in fact fourth from bottom.

The improving Academy XI lost out by 58 runs at Church Eaton 2nds in their final game. The home side hit 165-8 in 50 overs as former Stafford players Ben Thomas 38 and James Peate 39 batted well against the youngsters. Trevor Stewart picked up 4-39 and Matthew Green also claimed a couple of wickets. In reply skipper Ali Martin hit a solid 78 not out but no one else reached double figures as Stafford were 107 all out. Peate claimed 6-27 and Dom Chambers 4-37.