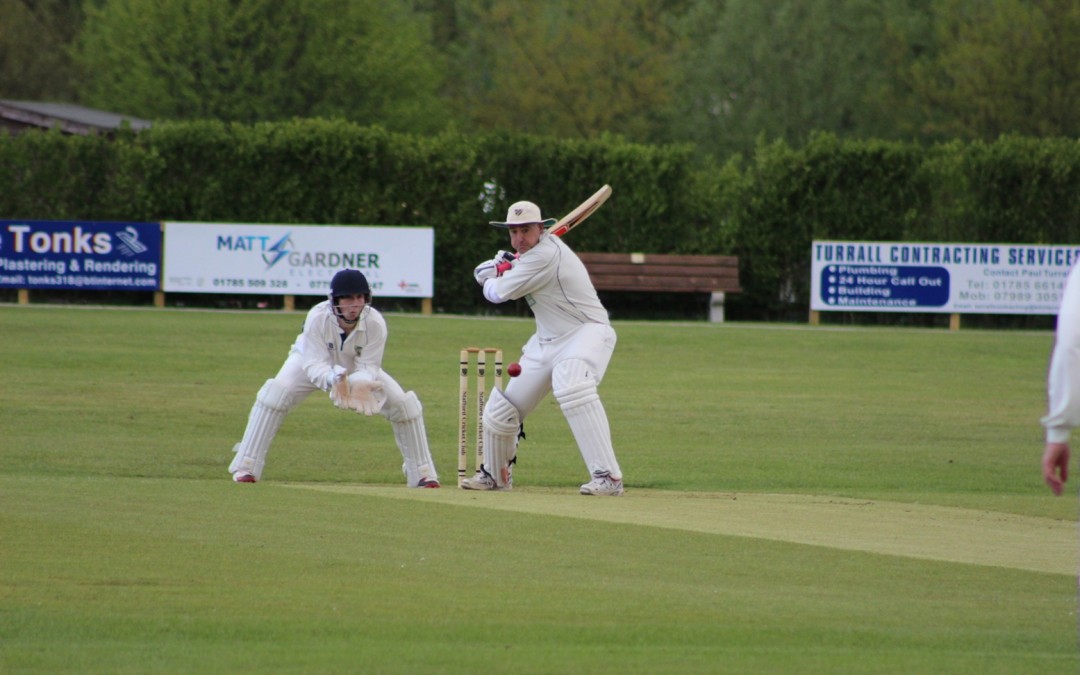 Stafford went into the club’s final game of the season needing a win to try and avoid relegation from division 4. They did their part winning at home to Onneley and Maer with maximum points but unfortunately rivals Stone SP pulled off a shock victory at already promoted Sandbach to leave Stafford 9 points adrift of safety. Stafford won the toss and batted first at Riverway and hit 180-5 declaring positively after 41 overs. Opener Mark Evans with a solid 50 and Martin Brazier 38 lead the way with the bat. In reply the visitors were dismissed in a good finish just 24 runs short for 156 in 50.5 overs. Skipper Sean Connolly with 4-11 was the pick of the attack as Max West hit 56.  Despite relegation Connolly has been impressed with his sides fighting spirit in a tough division and they will consider themselves unlucky to go down after recording 8 victories.