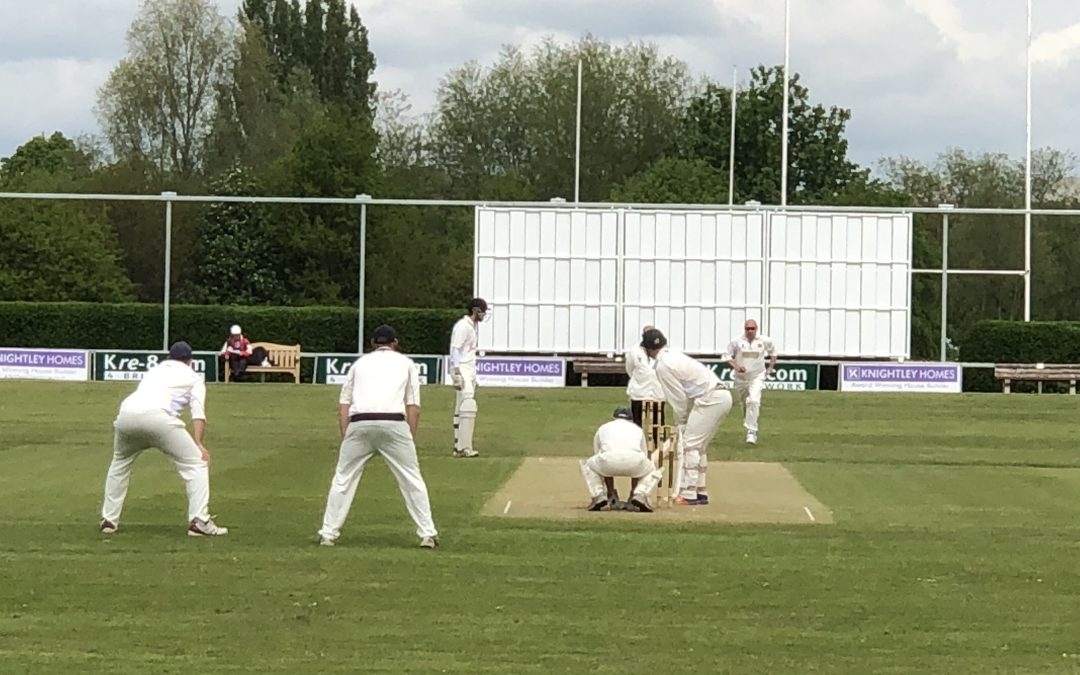 Stafford CC 1st XI continued their good form with a thrilling high scoring draw at home to newly promoted Norton-In-Hales on Saturday. Norton elected to bat first and opener Jack Furnival helped himself to a fine century eventually falling for 139.   He was well supported by Martyn Davies whose 65 from 64 balls injected pace into the Norton innings.  Norton had scored quickly but nothing would prepare the home side for Kashif Ali Moon’s blistering cameo about to come.  His 28 runs came from just 11 deliveries as the final over went for an astonishing 24 runs as the innings closed on 303-7. Zimbabwean Tino Mafusire claimed 4 for 70 in an excellent spell of quick bowling on a flat wicket. Norton could be forgiven for thinking they had the job done but Ash Lunn (44) and Jordan Relph (70) soon put to bed any ideas of an easy victory. With number four batsman Osama Alam plundering 61 from just 39 deliveries the reality of a Stafford victory became apparent.  A flurry of quick wickets gave Norton the upper hand momentarily until Luke Morien (49*) swung the game back in the home side’s favour. Jack Furnival (5-73) was again doing the damage for Norton adding a five wicket haul to his century to complete a fantastic all-round performance. In a gripping final few overs Stafford eventually hung on for a draw closing on 274-9 in a match thoroughly enjoyed by the spectators at Riverway.. Stafford travel to Silverdale on Saturday with a 12:30 start.

The seconds had a disappointing performance on their travels to Whitmore in Division 5. They struggled with the bat hitting 106-8 inside their 45 overs. Jamie Wood top scored with 39. Jamie Escott picked up 4-34 for the home side before seeing his openers reach the target comfortably in 21 overs without losing a wicket.  Stafford are back in action at home to Onneley and Maer this Saturday with a 1pm start at Riverway.

The thirds lost by 5 wickets as they travelled to Cheshire to face Rode Park and Lawton. Openers Iain Atherton 30 and Andy Fuller 29 started well for Stafford but the rest of the batting fell away to 118 all out. IN the reply the home got home in 40 overs closing on 120-5.

The 4th XI Academy lost out at home as Onneley and Maer hit 185-4 batting first in their 45 overs. In the reply Stafford were 90 all out as Mohammed Khalid took 4-27. Chris Bell 30 and Harry Mellor 23 top scored for Stafford who lost by 95 runs