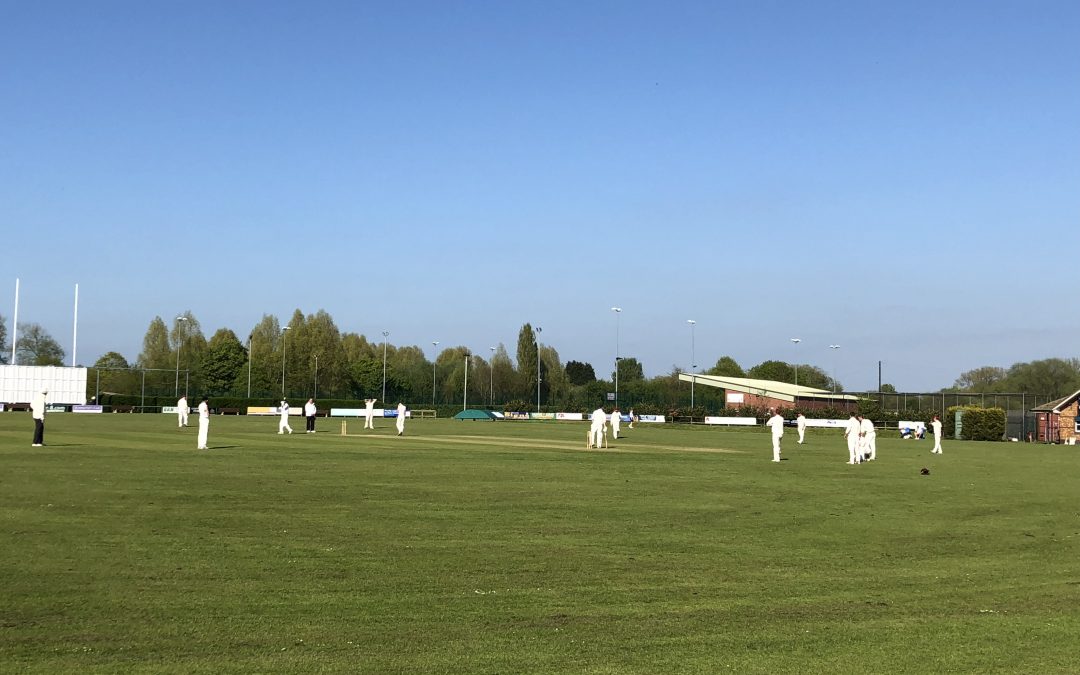 Stafford CC got their season going with a convincing victory in their first home game of the season against Porthill Park 2nds. Stafford were asked to field first and dismissed the travelling side for 215 in 53.1 overs on a glorious day at Riverway. Swing bowler Graham Beardmore (4-39) bowled with typical discipline and Guy Seaton (4-16) was in fine fettle as the hosts worked hard on an excellent wicket with Darren Plant (43) the pick of the Porthill batsmen.  Then it was over to the impressive Stafford openers Ashley Lunn (81) and Guy Seaton (43) as Stafford cruised to 127 without loss. Porthill showed some fight as Harvey Ault (3-36) struck quickly, but Jordan Relph (33) and 18-year old Staffordshire prospect Ethan Sheriff (24*) led the home side to victory, comfortably completing the run chase with three overs to spare for the loss of five wickets. Stafford are at home again next Saturday to Norton-in-Hales with a 12:30 start.

In Division 5 Stafford seconds suffered an agonising 2 run defeat as they travelled to Cheshire to face Weston. Weston batted first and it was difficult batting conditions as they were dismissed for 108 in 44.3 overs. Dane Beardmore picked up a useful 3-30 but the star was Becky Williams who picked up a personal best in the seconds of 6-33. In the reply Stafford’s batting also struggled opener Mark Evans hit 28 and skipper Sean Mason 26 but Stafford lost late wickets as some decisions went against them to finish just short on 106 all out.

The thirds travelled to Hanford and lost out by 7 wickets after being bowled out for 131. Iain Atherton top scored with 25 and Mick Doran hit a useful 23 not out as Mohammed Saleem claimed 6-40 for Hanford. Saleem then dominated the batting hitting 65 as they got home losing only 3 wickets to Sean Connolly’s 3-69 inside 22.5 overs.

The young 4th XI academy side had a great win at home to Meakins 4ths. Stafford hit 131 with Neil Dainty 23 and Chris Bell 29 the main contributors. Meakins were then dismissed for 86 in the chase as Trevor Stewart 6-17 dominated proceedings. Matthew Green picked up a useful 2 wickets in a good fielding performance which saw them claim their first win of the season.