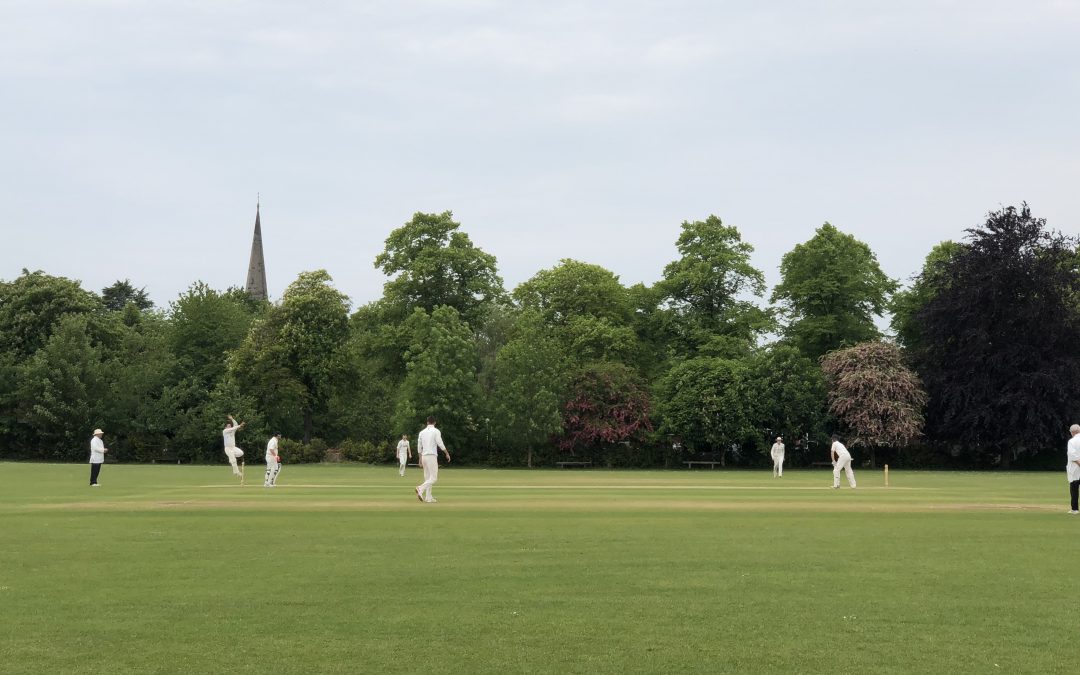 An inspired all-round performance from Zimbabwean overseas player Tino Mafusire saw Stafford CC overcome Leycett CC in a fascinating away game on Saturday. After losing the toss Stafford were asked to bat and got off to a flying start with Mafusire bludgeoning 48 from just 25 balls, including four huge sixes. Luke Morien (39), Rob James (31), and Mo Ahmed (39) then helped get the visitors up to a competitive 240 all out, with Tom Lawton (3-31) and Matthew Amison (3-64) the pick of the bowlers. Leycett CC then tumbled to 49-4 as Mafusire (7-72) impressed with the new ball before a remarkable turnaround. Lee Jervis (47) and Amison (91) added a league record 152 for the sixth wicket as Leycett came within 40 runs of an unlikely victory.  However, it was to be Mafusire’s and Stafford’s day as he dismissed both in a fine second spell and Leycett fell 10 runs short for 230. Stafford travel to local rivals Meir Heath on Saturday with 12:30 start.

The seconds picked up their second successive win in Division 5 at home to a strong Elworth side. They did well in the field restricting them to 174 all out in 41.3 overs. Seamers Matt Jefferson 3-44 Jamie Wood 3-50 and Craig Mertins 3-20 were all in the wickets as Joe Seabridge top scored with 53. In a close finish Stafford got home with 3 overs to spare for the loss of 8 wickets. Karl Mason 51 and Terry Jones 35 laid the foundations before stand in skipper Sean Mason completed the job with 29 not out with Jefferson supporting him well. James Burnett with 5-39 looked dangerous for Elworth. Stafford will look to continue this improved form with a home game against Longton at Riverway with a 1pm start.

The thirds moved up to 3rd place in Division 7 with a comfortable 8 wicket victory over Stone SP 4ths. Stone were 146 all out at Riverway batting first Kieran Duggal with 4-21 and debutant Ed Bower 3-25 were in the wickets as Rob Price hit 39 for the visitors. Stafford eased home in the reply mainly thanks to opener Bob Masters who hit a classy unbeaten 82 not out. They closed on 158-2 in 40.3 overs. Ian Atherton 28 and Tony Milner 21 not out also contributed well.

The young 4th XI Academy performed well to lose out by only 69 runs against a strong Checkley 3rd XI who hit 165-8 batting first. Trevor Stewart picked up 3-30 and Jake Stewart 2-48.  Then in the reply Stafford were dismissed for 96 all out in 37.4 overs. Skipper Ali Martin hit 53 as the experienced Gavin Carr claimed 5-8 to complete the job for the home side.