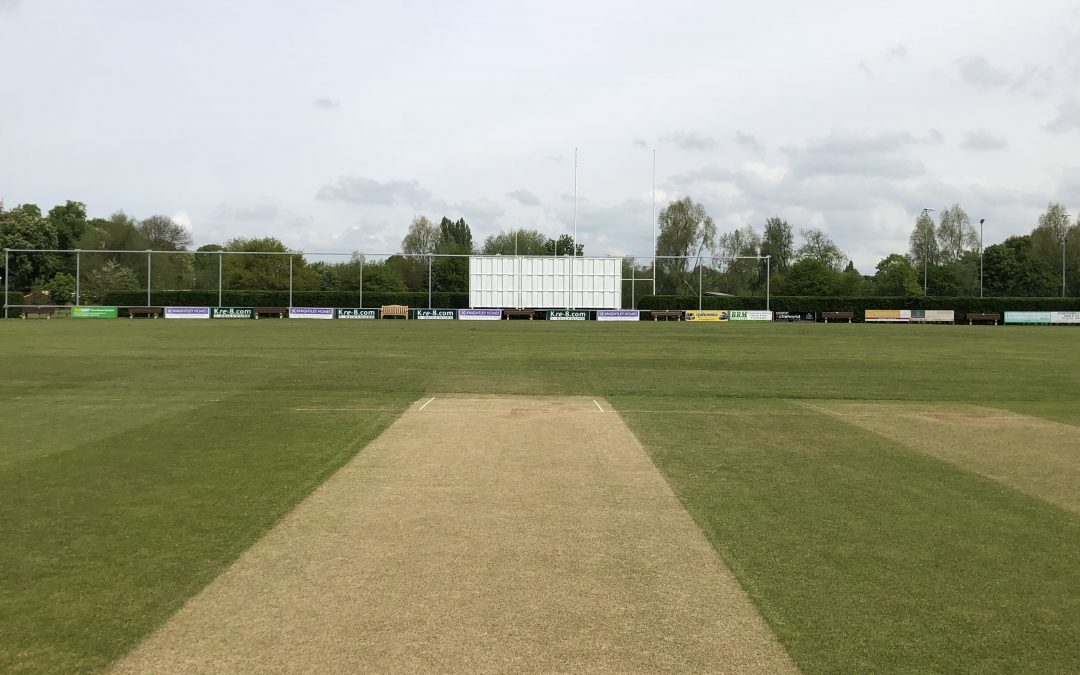 Stafford entertained Bignall End in a Division 2 clash at Riverway and it proved to be a fine batting wicket as the game ended in a high scoring draw. The visitors batted first hitting 267-9 in their 55 overs. Josh Rhodes top scored with 77 as seamer Luke Morien dominated with the ball for Stafford claiming 7-70 in 17 overs.  In the reply Stafford’s openers put on 127 for the first wicket with Guy Seaton 62 and Ashley Lunn 59 both performing well. Despite this solid start Stafford were always behind the required rate and settled for the draw closing on 194-7 from their 55 overs. Arsalan Arshad Mir claimed 4-34 for Bignall. Stafford travel to Meakins on Saturday needing a win to push them back up the table.

The seconds lost out at Wood Lane after dismissing the home side for 165 on a tricky surface to bat on. Matt Baily’s 68 was crucial in their total and he starred with the ball in the reply claiming 5-39 as Stafford were disappointingly 116 all out in 36.5 overs. Paul Freeman top scored with 21. Stafford will look to bounce back when they entertain Burslem at Riverway on Saturday with a 1pm start.

In Division 7 the thirds drew at Oakamoor as the home side hit 198-8 in 45 overs. Gary Wright top scored with 38 not out as Ashish Bhan with 4-38 was in the wickets.  In the chase Stafford ended up batting out for a draw to save the game and it was a brave knock form Iain Atherton 36 not out that stood out. They closed on 98-7 in the 45 overs. Steve Booth claimed 3-29 for Oakamoor.

The 4th XI academy also secured a draw against Crewe 2nd XI at Riverway after the visitors hit 247-8 in their 45 overs. Chris Bell with 3-12 performed well with the ball as Josh Allman hit 68 for Crewe. In the reply in form skipper Ali Martin hit 93 not out to steer Stafford to the safety of the draw. He received good support from youngsters Oscar Bell 15 and Matthew Turner 16.  The 4ths/Academy are going well in Division eight handily placed in mid table.