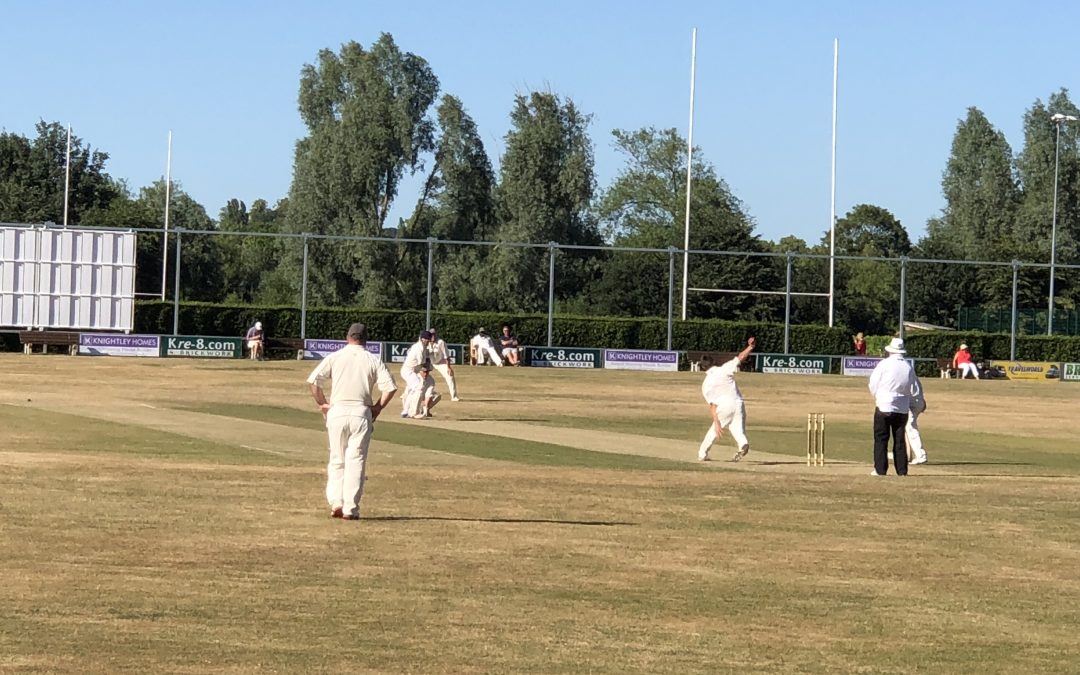 Overseas player Tino Mafusire and Guy Seaton starred as Stafford CC returned to winning ways with a 94-run victory over Alsager CC at Riverway on Saturday. On a scorching-hot day, Alsager won the toss and elected to bowl and Stafford made a solid start with Luke Morien impressive for his 43 runs before playing on. Zimbabwean Mafusire (86) showed no sympathy for the visitors in the searing heat, striking cleanly and powerfully with 13 fours and 3 sixes in an innings comprised of just 54 deliveries. Alsager persisted and Gareth Rowe (3-50) got the away side back in it momentarily before Moe Ahmed (43*) and skipper Rob James (21) combined for sixth wicket partnership of 54. Stafford closed on a healthy 251 all out from 51 overs, but opener Sean Price (55) came out swinging in reply with his runs coming from just 48 balls.  However, Morien (3-41) had picked up early wickets and was well supported by 20-year-old Jamie Wood (1-34) who halted the run rate with some crucial tight bowling. It was then over to promising youngster Guy Seaton (5-7) who cleaned up the tail with an astonishing spell from just 6.3 overs which saw Alsager crumble to 157 all out. Stafford skipper Rob James was pleased with his side’s return to form. “We knew we were due a good performance after a bad few weeks and this was it, so all credit to the lads. We just need to keep focussing on ourselves going forward now and I’m sure we’ll be picking up some better results.” Stafford travel to league leaders Bagnall Norton CC next week with a 12:30 start.

Stafford seconds ran out convincing winners in their nssc division five match against Alsager seconds on Saturday. Alsager elected to bat first but were unable to build any serious partnerships. The returning Matt Jefferson (3-36), Jack Scerri (2-36), and Gary Fulton (3-15) took advantage of the conditions to dismiss the home side for just 139 in 35 overs. Chris McKeown (33) was the top scorer in a disappointing innings, but Stafford still had a job to do after tea. However, the top order rose to the challenge with opener Dave Cartlidge (34), Stephen Bennett (20), Harris Hussein (20*) and Graham Gillis (41*) ensuring there was no drama as Stafford cruised to victory and 25 points in just 26.5 overs for the loss of three wickets.

Stafford thirds drew with Moddershall and Oulton sixths in their division 7 clash on Saturday. Josh Crump was in imperious form with his unbeaten 104 the backbone of the home side’s 249-3.After tea,  Stafford lost both openers cheaply but Michael Bostock (40) and Tony Milner (51*) dug deep to keep Moddershall at bay. Kieran Duggal (21*) then frustrated the home side further and ensured the losing draw for Stafford who closed on 139-8. Luke Powell (2-11), Matthew Wright (2-49), and Emily Stones (2-22) were the pick of the Moddershall bowlers.

Stafford 4th XI Academy picked up their third win of the season against Porthill Park 4th XI at Riverway on Saturday. After being asked to bat first, Stafford were bowled out for 158 in 43.1 overs. Nathan Stubbs (4-8) produced a fine spell to dismiss the middle order after youngster Joe Glayshier (32) had top scored for Stafford. Australian pace man Trevor Stewart (4-27) set the tone for Stafford’s bowlers as Porthill struggled to get going. Oscar Bell (3-16) and in form Matt Green (3-21) were then ruthless as the visitors plunged to 66 all out.#