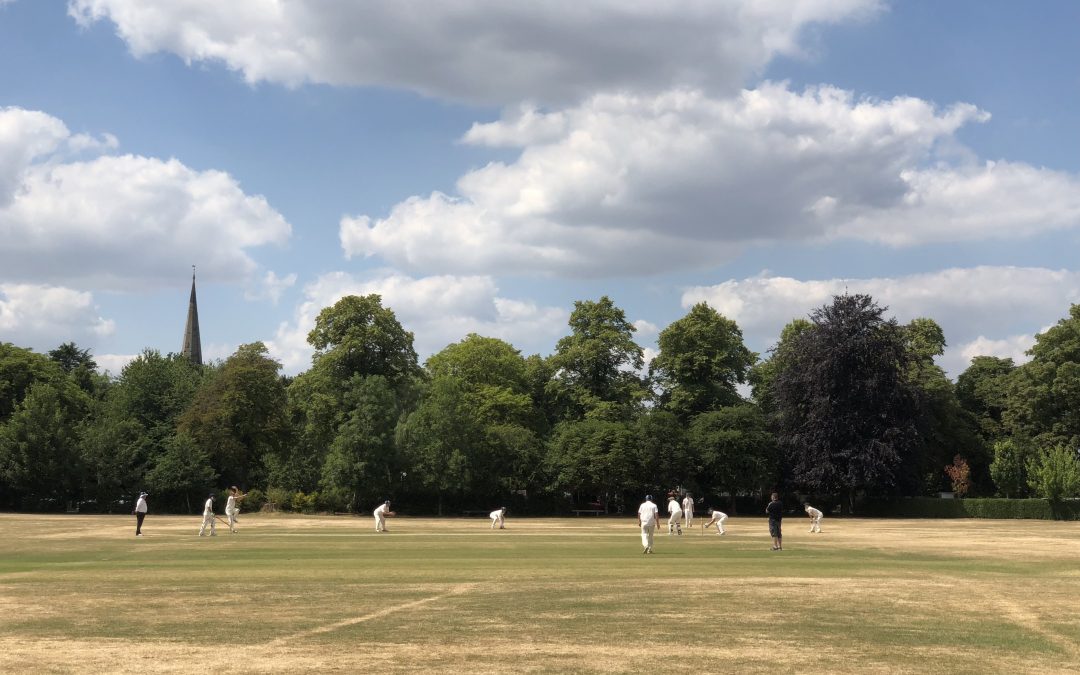 Stafford CC lost out to league leaders Bagnall Norton CC thanks to a fine century from big-budget professional Asif Raza. With an early start due to the England football, Stafford lost the toss and fielded first. Simon Gordon (88) batted well and home skipper Justin Mould (41*) offered great support, but it was Pakistani first-class cricketer Asif Raza’s century that took centre stage. Raza, who represents Lahore Lions in Pakistan, struck an unbeaten 108 from just 77 deliveries with Tinofara Mafusire (2-54) unlucky not to pick up more wickets from a fine spell. The home side declared on 280-3 from 45 overs and Stafford had their work cut out with the league’s most prolific bowling duo ready to strike. Stafford top order struggled to deal with Raza (3-27) and Staffordshire left-arm seamer Greg Willott (4-36) and it was only some fine rearguard action from Jamie Wood (26) and Martin Brazier (39) that saved further blushes as Stafford were dismissed for 103. “They are obviously a very good side –  the best we’ve encountered this season.” Said Stafford skipper Rob James. “Asif Raza is a first-class pro and they have a couple of other paid players in there so we were always up against it. We weren’t at our best either but fortunately it hasn’t hurt us too much in terms of league position so we’ll look to get back on track next week.” Stafford are at home next week to Woore CC with a 12:30 start. Admission is free and food and drinks are available to purchase.

Stafford CC seconds triumphed against Blythe CC seconds in their reduced-over division 5 encounter at Riverway on Stafford. The away side had made 163-8 from their 35 overs with Kris Heathcote (46) and Michael Dale (50) the main contributors for Blythe. Paul Wilkins (3-44) and Jack Scerri (3-41) combined well with the ball for Stafford.  In the reply, Tom Lowe (5-53) picked up five wickets but Mark Evans (41) and Terry Jones (46) saw the home side race to victory with 6.2 overs to spare for the loss of eight wickets.

Stafford CC thirds suffered a nine-wicket defeat at the hands of Sandbach seconds at Riverway on Saturday. Bob Masters (27) and Michael Bostock (19) top scored in the Stafford innings but fine bowling from Richard Cotton (3-36) and Matthew Reel (3-33) ensured wickets kept falling and Stafford fell for 128 all out in 43.2 overs. Robbie Cartlidge (1-28) picked up the only wicket in reply as Sandbach cruised to victory in 31.2 overs thanks to unbeaten half centuries from James Clifton (51 not out) and O’Shay Reddy (54 not out).

Stafford CC fourth XI Academy contested an entertaining draw against Church Eaton seconds in Division 8. Church Eaton seconds batted first and had fallen to 92-6 thanks to impressive bowling from juniors Oscar Bell (3-43) and leg-spinner Jake Stewart (3-44). However, late resistance from Brian Cantrill (42) rescued the home side and led them to 201 all out. In the reply, Captain Ali Martin (106 not out) was in splendid form with the bat but Stafford couldn’t quite get over the line closing on 193-5 just nine runs short of victory.