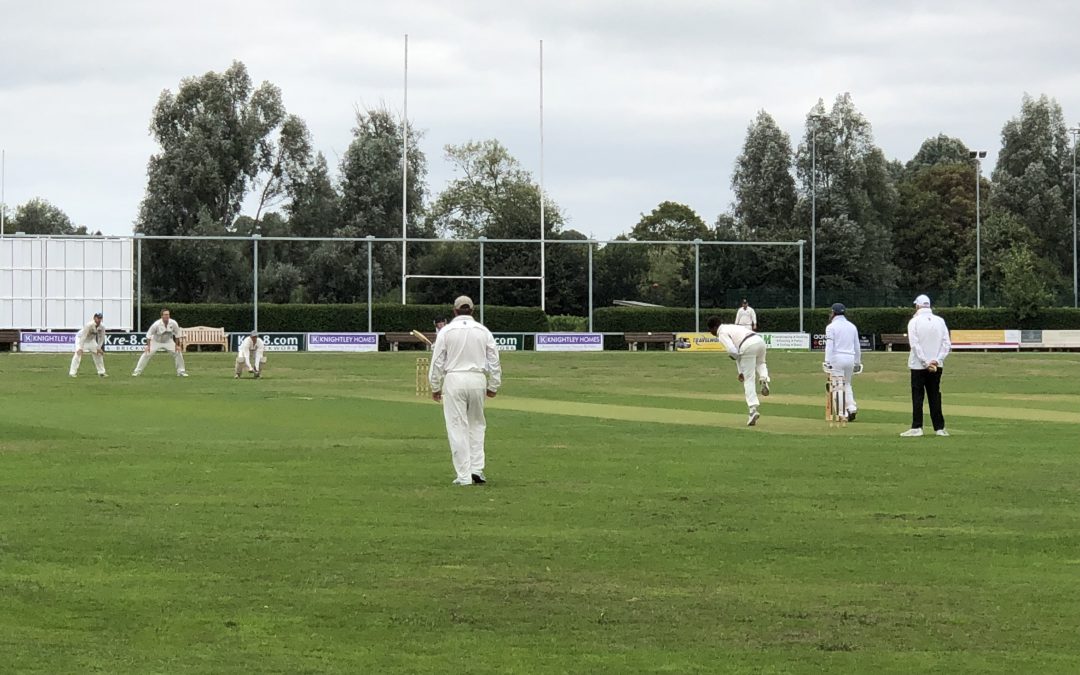 Stafford CC couldn’t halt division 2 champions Bagnall Norton’s march for a record league points total at Riverway on Saturday. Stafford batted first in wet conditions and were dismissed for just 89 thanks to Guy Seaton (27) continuing his good form and with Greg Willott (4-25) and Rob Bennett (4-19) showing their worth. Stafford took 4 wickets, including one a piece for young debutants Oscar Bell and Jake Stewart, but Nicholas Aitkin’s (47) knock proved decisive. Bagnall Norton have now finished the season with an incredible 20 victories from 22 games whilst Stafford have remained in the division after a successful relegation battle.

The seconds had relegation confirmed after losing out by 6 wickets at Blythe. Batting first Stafford hit 152-9 declared with Jack Scerri hitting 46 off only 27 balls. Kris Heathcote claimed 5-64 for Blythe who eased home in the reply in 37 overs for the loss of only 4 wickets

The thirds suffered a similar fate after be being skittled for 65 at Sandbach. Only Andy Fuller 25 and Joe Glayshier 20 hit double figures. The home side got home in 21.4 overs losing only 1 wicket.

The 4th XI/Academy lost out in an entertaining game at Riverway in Division 8 against Church Eaton seconds. The experienced Ali Martin 61 not out and Trevor Stewart 69 lead them to 169-8 off their 45 overs. Will Ross claimed 4-20 for Church Eaton. The visitors got home in the reply losing 5 wickets as Douglas Hughes 52 not out and skipper Toby Horton 62 not out finished the job. The improving Matt Green claimed 4-51 for Stafford who finished the season in a respectable lower mid table position.