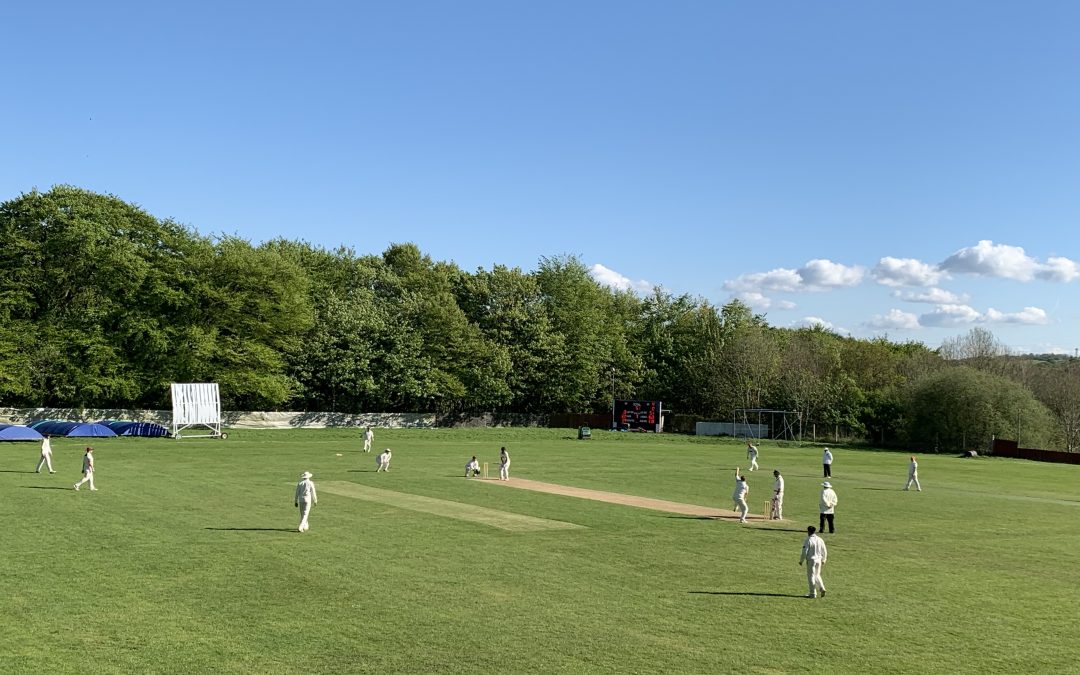 1st XI
Stafford CC slipped to their second defeat of the season at Kidsgrove on Saturday. Ibtesam Ul Haq (49), son of the legendary Pakistan star Inzaman, batted well as Stafford toiled without luck. Sabah Ghaus (3-36), Paul Freeman (3-34), and Ramiz Patel (3-42) all put in a fine effort whilst Anthony Sheeran (29 not out) frustrated the visitors who were eventually dismissed for 168.
It was a day to forget with the bat as Stafford struggled to adapt to the deteriorating wicket. James Pringle’s (5-22) of spin led the way to a dismal collapse for the visitors as they capitulated to 63 all out.
On Sunday in the Talbot cup Stafford put in an improved performance on the road against premier league Hem Heath CC. Matthew Hodson’s (126) fine innings was well supported by Zafar Iqbal (69*) led the home side to 273-4 off 45 overs. Guy Seaton (81) was back in the runs for Stafford as they had to contend with Pakistan international fast bowler Bilawal Bharti. Stafford finished 160 all out but will be pleased with a better showing with the bat. Matt Rogerson (3-32) and Tom Hodson (3-24) did the damage Hem Heath who move into the next round.
2nd XI
Stafford CC seconds romped to successive victories as they beat Woore seconds to continue their bright start under new captain Terry Jones. Stafford struck 138-9 in 45 overs with the in form Ali Siddiqi (33) and Terry Jones (29) top scoring. The experienced Andrew Kenvyn (4-22) had success with the ball.
However it was another experienced bowler who took the headlines once again as Sean Connolly (5-28) proved to hot to handle. Daniel Manning (33) offered early hope for the visitors but it was Stafford celebrating again as Woore tumbled 96 all out.
4th XI
Stafford fourth team steamrollered Checkley thirds in a one sided contest at Riverway. Phil Stacey (4-12) proved unplayable and ripped through Checkley’s top order as they were dismissed for just 68 runs. Andrew Eccles (14*) offered some kind of resistance for the visitors.
New skipper Michael Doran was delighted as Stafford cruised home with Matthew Turner (18) and Amol Karki (16*) wrapping up the victory for the loss of five wickets.