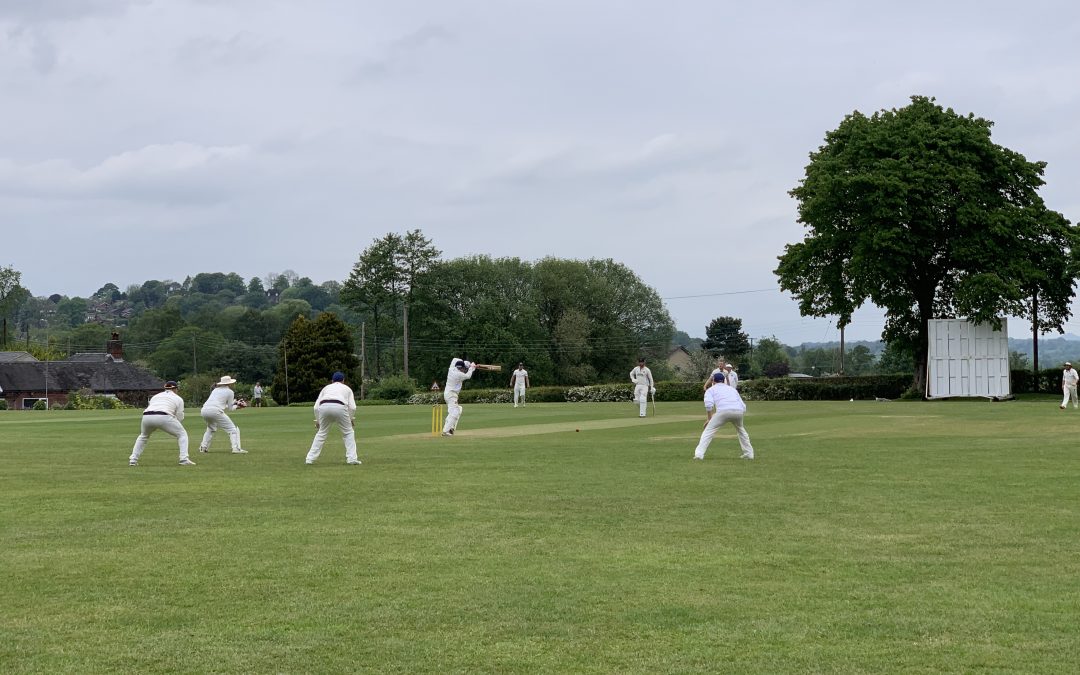 Stafford CC firsts battled for a hard fought draw at table topping Endon CC on Saturday. Endon won the toss and piled on the runs with George Sellers (102*) and Ross Dearden (71*) in magnificent form as the home side declared on an impressive 299-4 from 50 overs. Stafford were not in the mood to lie down however and Guy Seaton (60) and 19 year old Ethan Sheriff (83*) ensured the hosts were left frustrated as Stafford closed on 244-6. Harvey Ault (3-62) was the pick of the bowlers. Skipper Rob James was pleased with the turn around. “We’ve struggled to post a score this season so to go out under pressure and bat like that was extremely pleasing. Ethan’s been looking a million dollars so far this season and he’s been threatening a knock like that for the last few weeks. Hats off to him – he works very hard.” Stafford host local rivals Barlaston on Saturday with a 12:30pm start with the Champions League final being screened in the main lounge after the game.

Stafford CC seconds tasted their first defeat of the season after slipping to 91 all out against Caverswall seconds at Riverway. Martin Brazier (30) made an impact but Craig Lancaster (4-9) proved too much for Stafford’s batsmen. Caverswall cruised home for the loss of three wickets thanks to Glenn Moore (46) and Lancaster (29*), who topped off a fine individual performance.

Stafford thirds were involved in a thrilling draw at home to Rode Park seconds. Andy Kirkbride (103) hit his maiden century and was well supported by Mansoor Hussain (44) as Stafford declared on 209-6. Jack Harrison (4-41) picked up important wickets for the visitors. Rode Park then came close to astonishing victory needing 4 to win from the final ball with Aidan McGuire (78) in fine form but the visitors closed just three runs short on 207-5. Kumail Bokhari(4-74) was vital for Stafford.

Stafford fourths were too hot to handle as they trounced Meakins fourths on their travels on Saturday. Australian pace man Trevor Stewart (5-5) was in scorching form and well supported by James Scerri (3-13) as the hosts fell to just 41 all out. Stafford lost 5 wickets in reply but Eddie Singh (13*) and Jake Bartlett (12*) ensured the points came back to Stafford.