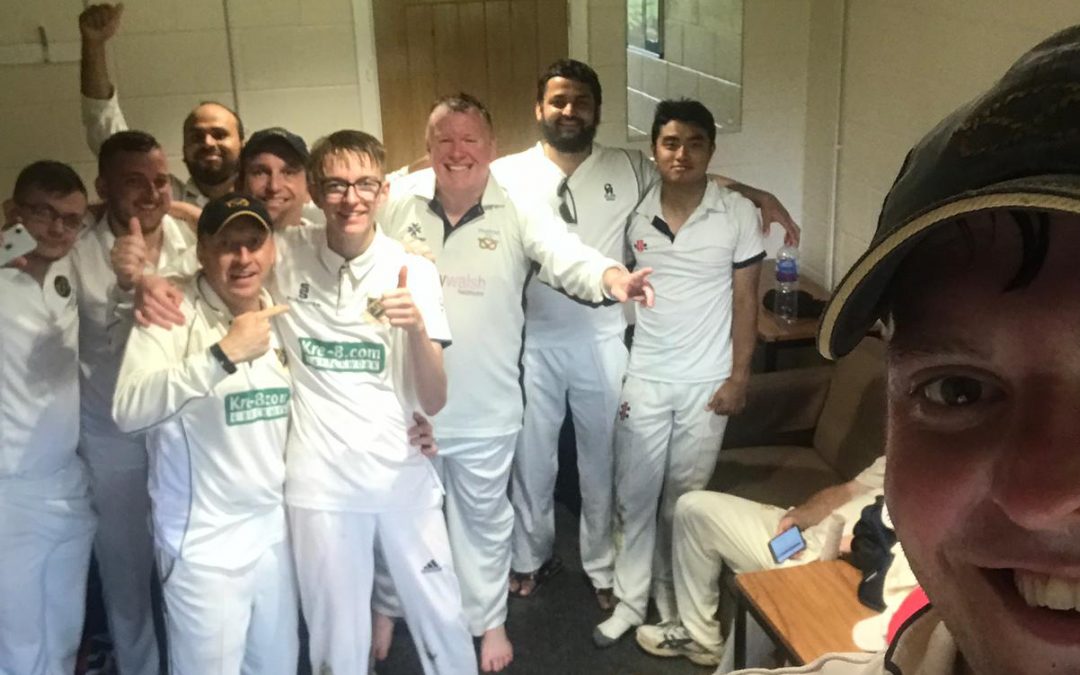 Stafford CC lost to Leycett CC by four wickets in a close game at Riverway on Saturday. Stafford made 180-8 from their allotted 55 overs with Ramiz Patel (34) and Steve Abbot (33) making good starts but failing to go on. Ex-first class cricketer Dan Redfearn (4-46) picked up regular wickets alongside Andrew Cooper (3-37) to prevent the home side from building substantial partnerships. Opener Tom Blackwood (46) rode his luck at times, but crucially survived a very good spell from opener Sabah Ghaus (3-49) and the ever reliable Ramiz Patel (2-37). It was then Redfearn (52) who put the visitors on track but after his dismissal and two quick wickets, Stafford were again in the game. Leycett steadied the ship and eventually saw it through to reach the total for the loss of six wickets. Stafford travel to Alsager on Saturday in the final game before the mid season turn around still searching for their first victory.

Stafford seconds picked up an impressive victory on the road at Leycett CC on Saturday. Stafford made 179-7 thanks to Sanjaya Gurung (40 not out) and Ali Siddiqi (28). Joe Tomlinson (5-36) was the pick of the bowlers. Leycett couldn’t get to grips with the Stafford bowling attack led by 16 year old Oscar Bell (5-17). Tom Warburton (30) offered some resistance but the home side fell to 82 all out.

In Division 7 the thirds had a disappointing defeat at Moddershall and Oulton. They did ok in the field restricting the home side to 175-4 in 45 overs. Stephen Powell 75 not out and Owen Price 51 top scored for Moddershall. Stafford’s batting however let them down in the reply and were blown out for 44 in only 14 overs. Only Andy Kirkbride with 17 reached double figures as Ted Downes 5-19 and Daniel Caddick 3-17 did most of the damage.

At Riverway the 4ths earned a hard fought draw against Wedgwood 2nd XI. The visitors hit 165-3 in 45 overs Darren Sanders hit 72 as Josh Williams claimed a couple of wickets. Stafford ended up only just short of their target in their 45 overs closing on 139-6. They also didn’t look like being bowled out thanks to a marathon knock from skipper Mick Doran who batted throughout for a stubborn 23 not out in 135 balls. Jake Stewart hit an entertaining 59 in the middle order which included 10 fours.