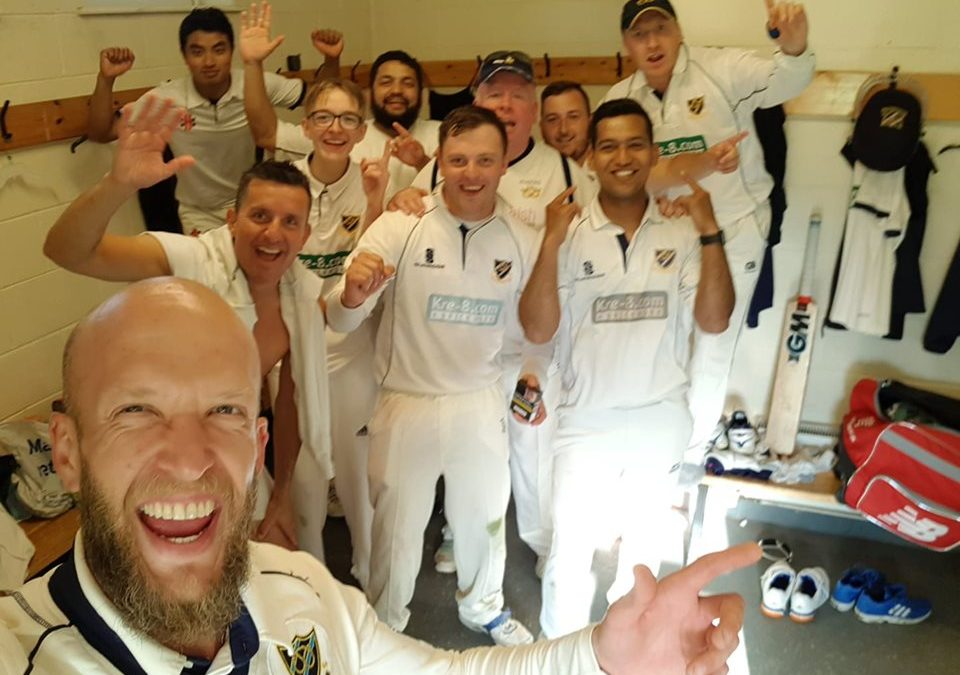 Stafford CC fell to another defeat at the hands of Alsager on Saturday. Alsager batted first and incredibly got to 180-1 with opener Romeel Gondal’s (87) devil-may-care attitude paying off on this occasion. Stafford fought back well dismissing the excellent Jake Taylor (65) and, with an outstanding spell from Ethan Sheriff (5-62), turned the game around to leave the hosts with 243-9 declared. Stafford started the run chase admirably racing to 113-1 with the impressive Salman Hanif (54) plundering eight fours and two sixes. However Andrew Watkins (6-17) found joy in the deteriorating wicket and Stafford slumped from a commanding position to 147 all out. With half a season gone skipper Rob James thinks his side must improve if they are to avoid relegation. “We’ve got the players, and the performances have been good in parts of a lot games. We’ve got to put that all together and be prepared to look the opposition in the eye from ball one and fight. Yes we haven’t had much luck with decisions but we need to make our own luck now – we can’t rely on anyone but ourselves.” Stafford are on their home ground at Riverway against Silverdale on Saturday with a 12:30 start and admission is free.

Stafford CC seconds continued their promotion push with a comprehensive victory over Sandyford CC seconds at Riverway. Stafford amassed 177-7 from their 45 overs with most batsmen contributing, notably Ali Siddiqi (36) and Steve Abbot (26) whilst Neil Skillcord (4-32) kept it tight. In their reply, Sandyford couldn’t get to grips with red hot hitman Sam Haynes (6-17) who blew away the top order with only Rory Smith (36) offering any resistance. The away side stumbled to 95 all out to leave Stafford in the top two promotion places at the half way stage of the season.

The thirds lost by 115 runs in Division 7 at their Newcastle and Hartshill 3rds XI counterparts. Newcastle batted first and Stafford had them in trouble at 125-5 mainly thanks to Matthew Green’s fine spell of 5-61. A flurry of late order runs however took them to 228-8 in their 45 overs. George Hickman top scored with 51. In the reply Stafford’s batting misfired as only Mark Evans 25 and Iain Atherton 21 made indents. They were eventually dismissed for 113 in 30.4 overs with Daniel Welsh claiming 4-12.

The fourths also faced Newcastle who hit 210-5 declared batting first at Riverway. Jacob Maddock starred with a fine 106 in 138 balls. Stafford however faced defeat after crashing to 88 all out. Keeper Chris Bowman top scored with 16 not out. It was Harry Ford with 4-31 which did most of the damage.