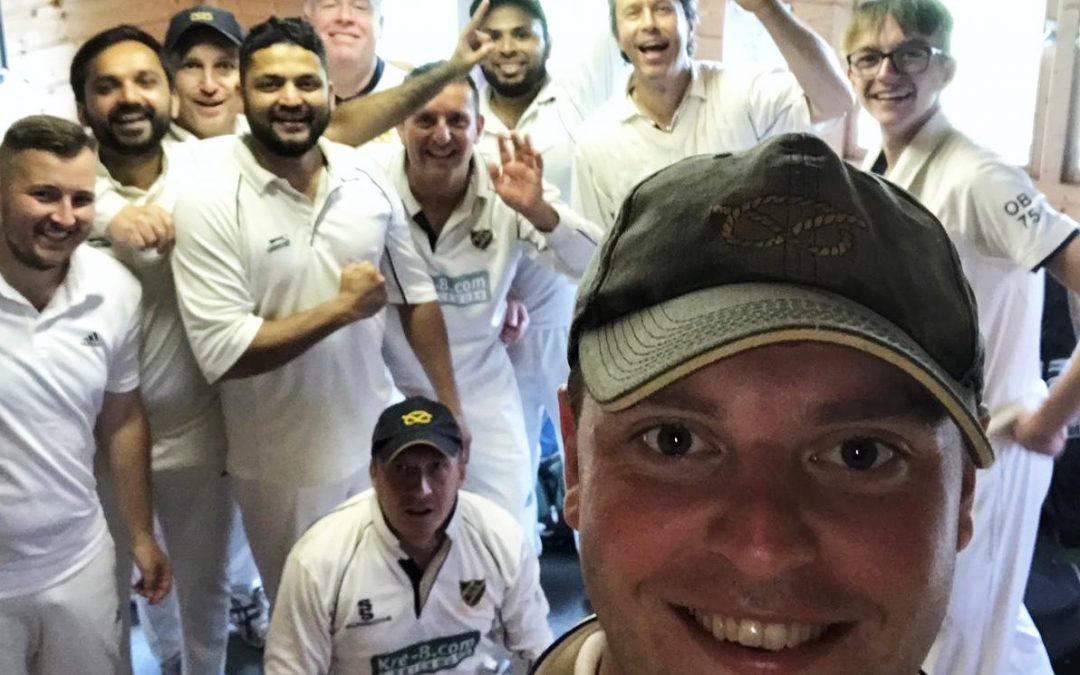 Ramiz Patel produced a fine all round performance as Stafford CC worked hard for a draw against third placed Silverdale CC at Riverway on Saturday. The visitors racked up a huge total of 282-6 thanks to Pakistani professional Anas Mustafa’s (122) fine century and support from Matthew Baker (65 not out). Patel (4-40) was in fine fettle with the ball. Stafford got off to a shaky start before Amol Kharki (36) steadied the ship. Patel then struck an outstanding 89 not out from 96 balls to gain Stafford 10 vital points as they closed on 209-9.

Stafford seconds romped to another victory with a 100 run triumph at Moddershall & Oulton fourths. Stafford struck 223-8 declared with Ali Siddiqi (71) and the experienced Dave Cartlidge (49) putting the bowlers under pressure. Jack Knapper (3-17) and Michael Arnold (3-58) were the pick of the bowlers. Veteran Sean Connolly (6-19) was too much for the hosts as they fell to 123 all out with only Emily Stones (48) finding any success. Stafford remain second firmly in the promotion spots.

Stafford thirds lost out in an exciting finish on their travels to Norton in Hales as the home side claimed a 4 wicket win with only 5 balls to spare. Batting first Stafford hit 189-6 from their 45 overs thanks to a fine century from Mark Evans 100 not out. Evans carried his bat hitting 12 fours in a 133 ball knock. Josh Williams chipped in with 24 in the middle order. Matthew Riley claimed 4-49 for Norton. In the chase Simon Belfield hit a vital 71 in 50 balls to help his side over the line in the final over.

The fourths lost out at home to Onneley 2nds as Mohammed Razaq hit an unbeaten 107 in their 203-2 declared. Stafford then stuttered to 132 all out despite the efforts of Tony Milner 31 and Trevor Stewart 35. Newcomer James Hughes also hit useful late 20 but it was Mohammed Khalid with 5-46 who did the main damage.