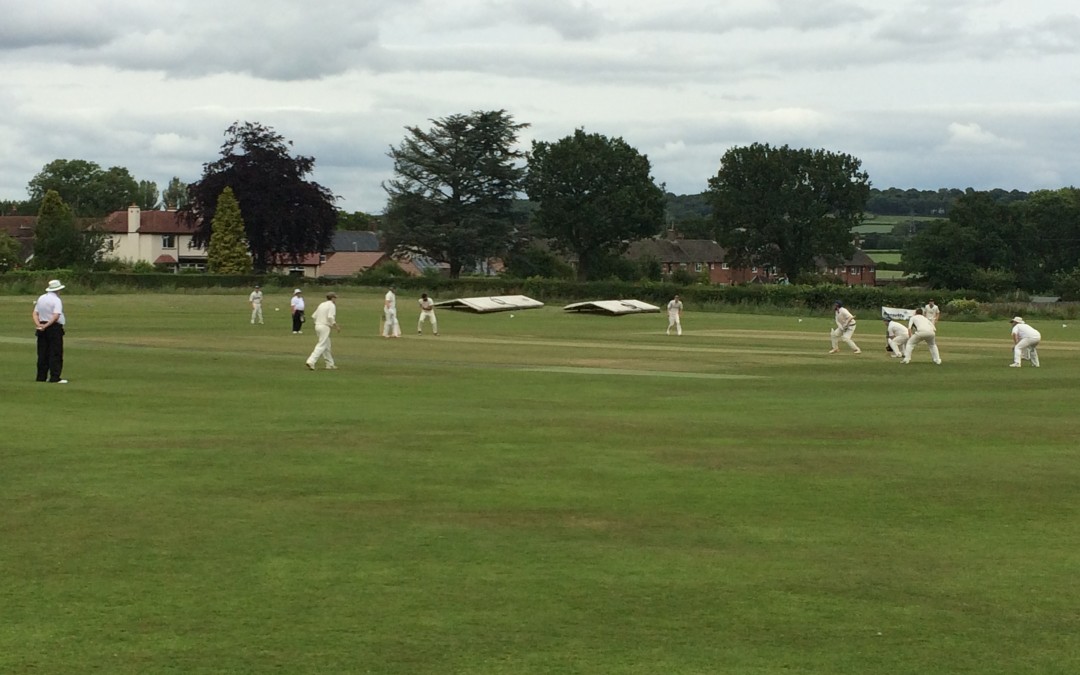 Stafford CC Firsts fell to a four wicket defeat away at mid-table Barlaston. Stafford were put in to bat by the home side, and struggled to 127 all out with Muhammad Salman Hanif (32) and Sabah Ghaus (52) the only two Stafford batsman to reach double figures. Barlaston’s bowling attack performed very well with Ben Mike (3-45), Jack Davies (5-46) and Matthew Myers (2-16) dismissing Stafford in just 31.4 overs. In reply, the Stafford bowling attack took regular wickets thanks to Sabah Ghaus (3-54) and Ramiz Patel (3-47) but the home side chased down the total with efforts from Ben Mike (61) and Jon Taylor (31) seeing them home in 26.3 overs. Stafford host Meir Heath 1st XI this Saturday as they look to jump out of the relegation places with a victory.

Stafford CC Seconds hosted Moddershall & Oulton 4th XI on Sunday and secured a seven wicket win after losing the toss and fielding first. Joe Beeston (79) anchored the away sides innings but their score always looked below par at 156-7 from their 45 overs. James Hughes (4-39) took crucial wickets but a 79 run partnership between Beeston and Jake Bullough (26*) rescued the away side from 77-6. Stafford were able to reach 157-3 from 33.1 overs thanks to Ali Siddiqi (73) and notable efforts from Mansoor Hussain (23), Amol Karki (17*) and Sanjaya Gurung (31*) to see the seconds pick up 25 valuable points going in to the last six games of the season.

Stafford CC Fourths travelled to Crewe 2nd XI and recorded a ten wicket win to extend their unbeaten run to three games. Stafford elected to field first with the home side only having nine players available. Paul Glennerster (21) was the only batsman to provide resistance as Stafford ripped through Crewe to bowl them out for just 46 off 18.1 overs. Joshua Williams (2-18), Fausil Khan (2-4) and Amy Scerri (2-2) continued Stafford’s great bowling form in recent weeks. Matthew Turner (25*) and Eddie Singh (16*) ensured that Stafford would come away with 20 points in 15.4 overs. Stafford host Sandbach 3rd XI on Saturday looking to stretch their unbeaten run to four games.