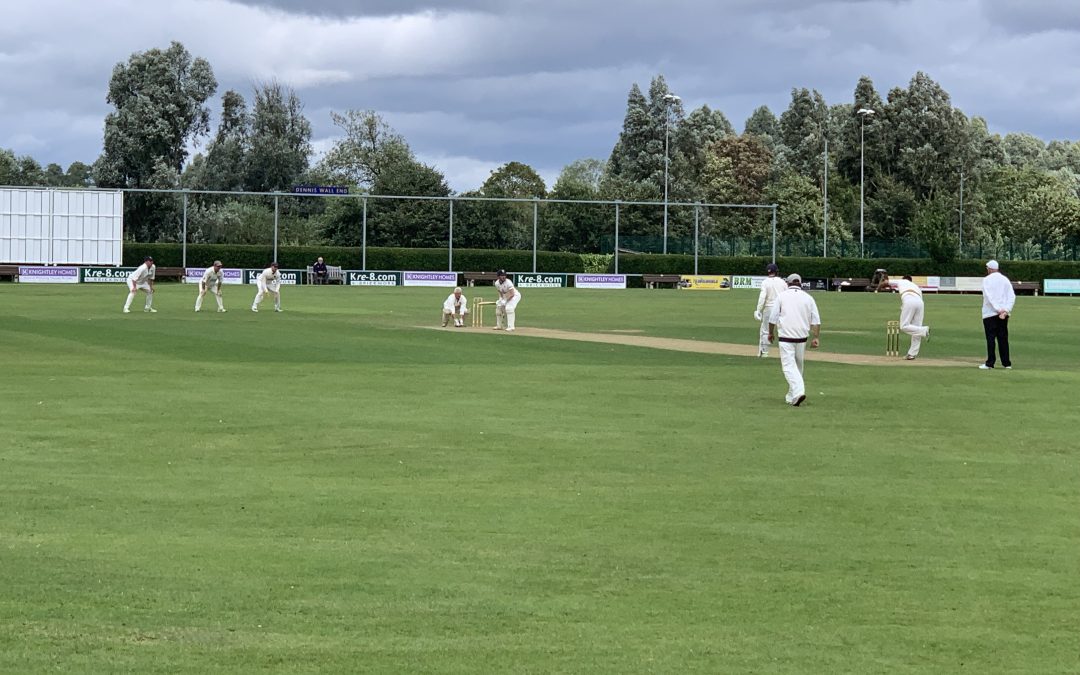 Stafford CC firsts lost out against Porthill Park seconds at home on Saturday but crucially gained vital bonus points on teams around them. Stafford picked up 7 points and are now just three points behind their relegation rivals Meir Heath with two games to go.

Porthill Park seconds won the toss and ammased a healthy 266-7 of their overs. Opener Thomas Longworth (70) was composed at the crease and well supported by Jake Plummer (59) and Simon Wood (46) whilst Guy Seaton (2-58) and Rob James (2-36) were the most effective with the ball. With the target high, Stafford were aiming for a losing draw with 175 runs bringing maximum batting points. Ethan Sheriff (51) was in fine form and was supported by Seaton (24), James (24) and Martin Brazier (24). Liam Hasset (4-36) and Harry Bailey (3-26) however produced some fine deliveries which left the home side agonisingly short as they were dismissed for 169 with just 7 balls left of the innings. Stafford travel to in form Leycett next Saturday as they look to move out of the relegation zone.

Stafford CC 2nds travelled to Oakamoor seconds as the promotion race comes towards an end. The away side were sent in to bat and made 129 all out from 45 overs. Graham Gillis (63) impressed but no other batsman was able to make a significant contribution. James Sells (3-35) and Thomas Hayes (2-7) helped restrict Stafford to a below-par score. In reply, David Nash (63) helped the home side reach 130-3 in just 32.4 overs to give Oakamoor a fairly straightforward victory. Matthew Turner (1-22) bowled well but a low total coupled with good batting from Nash proved too hard to defend. Stafford host Leycett on Saturday looking to return to winning ways.

Stafford CC 3rds had two games for the second weekend running, and travelled to Betley 1sts on the Saturday. After being sent in to bat, Andy Kirkbride (83) steered the away side to 162 all out. Kevin Kelly (3-34) and Ryan Cheetham (3-46) impressed for the home side. Sebastian Daly (114) stole the show in the second innings for Betley as they chased down the total (164-4) with relative ease. Kieran Duggal (2-26) continued to take wickets but ultimately it wasn’t enough to prevent defeat.

In the second game of the weekend, hosting Audley 3rd XI, Stafford bowled first as the away side reached 146-8 from 45 overs. Charles Birkin (38) and Andrew Forster (22) contributed to half of the runs as Joshua Williams (2-33) helped to restrict Audley to a reachable total. However, only two Stafford batsmen were to reach double figures as Dan Howe (11) and Dave Cartlidge (12) were part of a collapse that saw the home side slip to 52 all out inside 21 overs. Richard Shelton (6-14) and Lucy Shelton (2-0) bowled superbly to complete a convincing win.

Stafford Fourths hosted third-placed Porthill Park 4th XI and were sent in to bat after losing the toss. Only Trevor Stewart (22*) and Tony Milner (12) reached double figures as superb bowling from opening pair Jonathan Tatton (3-34) and Nathan Stubbs (2-8) helped bowl Stafford out for just 94. The away side lost just one wicket in reply as Joseph Price (41) and Connor Uren (22*) saw them to victory with nine wickets in hand. Phil Stacey (1-25) took the only wicket as the home side struggled to defend a low score. Stafford travel to top of the league Wedgwood this Saturday looking to bounce back.