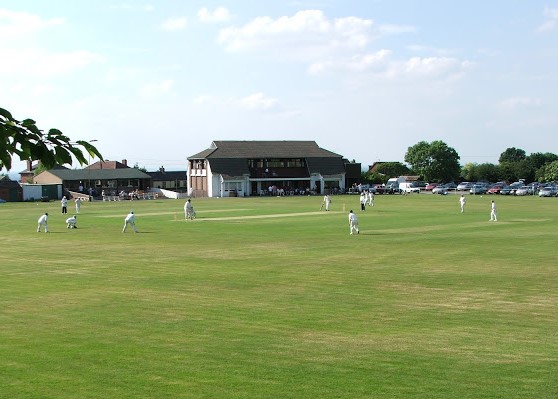 Stafford CC 1st XI travelled to relegation rivals Bignall End 1sts in the hope of creeping out of the relegation zone. Stafford were sent in to bat and ultimately struggled throughout their 48.4 overs, posting 128 all out. Muhammad Salman Hanif (50) and Ethan Sheriff (32) were the only two batsman to offer some resistance as Adrian Lello Jnr (6-29) ripped through Stafford’s batting lineup. The home side eased to victory with Jon Maskrey (70*) and Arsalan Arshad Mir (30) the main contributors to Bignall End’s 132-3. Guy Seaton (1-15) and skipper Robert James (1-15) bowled well but the away side didn’t post enough runs in the end. Stafford host Porthill Park 2nd XI in their bid to earn safety from relegation this Saturday.

Stafford CC 2nds were sent in to bat by Hanford 2nds on Saturday in their quest for promotion. Mark Evans (32) and Sam Haynes (34) helped Stafford to 144 all out from 45 overs. Shahid Mahmood (3-33) and Abbas Mukhtar (4-36) took the bulk of the wickets to restrict the home side to a below-par score. In reply, Mohammed Younis (66) and Thomas Pitts (29) ensure that the away side reached the total in 39.1 overs to take home 25 points. Sean Connolly (2-42) bowled well but Stafford needed more runs on the board to be in with more of a chance of victory. They travel to Oakamoor on Saturday in need of points to keep chances of promotion alive.

Stafford CC 3rds had two games at the weekend, beginning with a home victory against top of the league Church Eaton 1sts. Stafford lost the toss and were put in to bat and knocks from Iain Atherton (42) and Kumail Bokhari (39) helped the home side set Church Eaton 165 to win (164 all out). Adrian Melbourn’s terrific 6-44 was the highlight for the away side. Church Eaton’s run chase was anchored by Andrew Greaves (74*) but a lack of scores around him meant that they fell seven runs short and were bowled out for 158. Kumail Bokhari (5-41) and Abdur Rahman (2-20) took the bulk of the wickets as all the bowlers used by Stafford took at least one wicket. A fantastic victory against a top side.

Stafford completed a fantastic weekend with their second victory the day after, at home to Norton-in-Hales 2nd XI, accumulating 50 points over the two games. Stafford batted first and struggled to 109 all out, thanks to Iain Atherton’s 24. Paddy Clarke (3-24) and Gary Rudd (3-12) bowled very well and gave the away side a big chance of victory chasing a low total. However, only Clarke (28) was able to show resistance in the run chase as the away side crumbled to 74 all out. Kumail Bokhari (4-26) and Josh Williams (4-25) tore through the batting attack to secure their second win of the weekend.

Stafford CC 4ths travelled to Church Eaton 2nds on Saturday and elected to bat after the rain had cleared. Kannan Bhuvanachandran (39) and Joe Glayshier (23) helped Stafford to 154-9 from their 45 overs. Oliver Russell (3-52) and Andy Richards (2-20) were the pick of the home side’s bowling attack. Neil Archer (36) and Brian Cantrill (42*) saw Church Eaton reach 135-9 in return as Stafford pushed hard for the win but fell one wicket short. Matthew Turner (5-29) continued his good form with the ball and Bhuvanachandran (3-20) were responsible for most of the wickets as Stafford claimed a winning draw from a good all round performance.